Don't care about the judgment of others ... Or Maybe not? 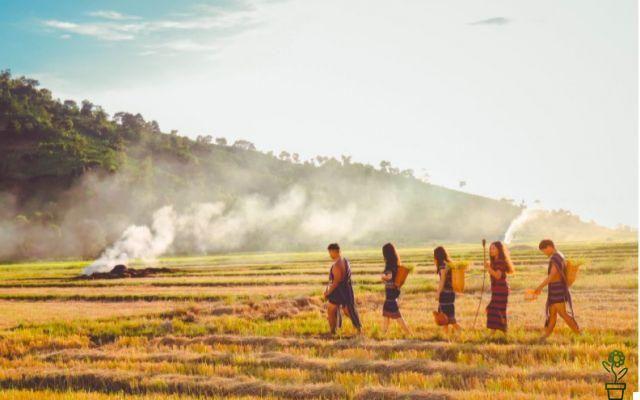 I admit I've never been a person who cares about the judgment of others.

Of course, over the years I have learned to let the superficial judgments of people who don't even know me slip on me, but in reality I don't care what other people think of me, and how.

As well as all those who say they don't care…. and who are happy when someone shows that they appreciate them.

For these the "who cares" would seem to be valid, if anything, only when the judgment is negative, while when it is positive - who knows why - suddenly they pick it up with joy.

It is obvious, in short, that this "not giving a damn about the judgment of others" is all a bit of a hypocritical lie: not only that, in reality, it matters a lot to everyone, but it is also right and natural that it should be so, and soon I'll explain why.

"But how!", You will tell yourself. "Not caring about the judgment of others is the mantra of an entire generation, a kind of categorical imperative, recommended by many influencers, blogs and articles".

Indeed, reading around, it seems that the more you don't give a damn about the judgment of others, the easier it will be for you to be successful and self-esteem.

Myself, when I talk about the fundamental reasons why people don't make their dreams come true, I always put first fear of the judgment of others.

But the fact is that, as often happens, things aren't all white or all black.

And therefore, not caring about the judgment of others is a powerful weapon only if you learn to use it when you need it.


Otherwise, the judgment of others - whether you claim to care or not - becomes a tremendous thorn in the side in realizing your potential.

Where does the fear of the judgment of others come from

The human species has always been profoundly conditioned by the judgment of others.

In ancient times, material resources were very scarce, technology did not exist, the world was a very dangerous place where men, in order to survive, were forced to live in small groups, with very stringent rules.

Being misjudged for some of one's behavior could therefore lead to exclusion from the group.

And that, in those days of saber-toothed tigers, it meant nothing less than physical death.

Fortunately, today things have changed: the environment in which we live is much more complex, but also much less dangerous.

And therefore, rightly so, we try to look at diversity as an element of human wealth, not as a threat.

However, since we are not genetically very different from the cavemen of the Pleistocene, the judgment of others - for someone more and for someone less - is a real psychological boulder to be reckoned with.


Because, even if being judged negatively no longer leads to physical death, there is another type of death that can be almost as scary: the social one.

And this is where things get tough.

On the one hand, in fact, as many advise, including myself, one should not condition one's choices and opinions to the fear of being accepted by one's family, social and working group.

On the other hand, however, when you have everyone against, well, it could also be that you are wrong great and that you should therefore have the humility to admit it.

To unravel this tangled skein, I propose that you answer two questions together.

To what extent is it right to not care about the judgment of others?

This question was suggested to me by a blog that I have been following a lot lately, namely the beautiful “Life advice that doesn't suck”, by Mark Manson.

Let's start with a premise: Manson's absolute best seller - which I also recommend in my article on the best motivational books - is "The subtle art of doing whatever C +++ you want"(Yes, Manson is also famous for having this very direct style!), So it would seem that he is a proponent of" not giving a damn about ifs and buts ".

And instead, reading the book, it is clear that Manson does not suggest at all to live one's life as trains running that stop at nothing and above all in front of anyone.

It is not by rushing impulsively - and compulsively - to meet every experience that we will find our true path.

It is not being careless of the next that we will get rid of the burdens of life.

It is not by making reckless choices and dictated by the desire of the moment, that we will find happiness or peace inner.

Manson instead says a phrase that goes something like this: "If you find yourself having the same problems with 10 people, you should seriously consider that YOU are the problem."

Rather, it is an invitation to take it all in the responsibility to do what you feel is right to do.

All the more reason, therefore, if you do not like your life and your relationships with others are bad, questioning yourself calmly and sincerely about the judgment that others have of you can only do you good.

You will see that you will find interesting answers, among which there is normally not "everyone is out of their minds except me".

Is it really healthy to not care about the judgment of others?

This second question was directly inspired by “How to Treat Others and Make Friends”, the great classic of personal growth signed by Dale Carnegie, written in 1936 (yes 1936!), And still incredibly current.

I have to say that I don't think the title fits perfectly, because it sounds slightly manipulative, doesn't it?

Anyway, after seeing the hundreds of crazy reviews it has (see? Other people's judgment, after all, matters) I convinced myself to read the book, and I have to say it's really great.

Carnegie assumes that man is a social animal, is that there is nothing more important to a human being than to feel that his others similar people accept him and are genuinely interested in him and his life.

As a consequence, the whole book, in which he brings many examples of real characters, such as generals, politicians, captains of industry, simple salesmen, people who have followed his courses, is permeated by a general suggestion: it is not taking a tip the situations (or people), that you will have success in life, you will not be happy, nor will you achieve any goals.

It is not caring about their judgment that you will live better.

You will live better sonly when you really understand their point of view.

Because only by understanding the point of view of others can you momentarily come out of your convictions to wear those of others, and from there to work to find a meeting point.

This it does not at all mean disavowing or shifting your beliefs: if you think they are right, you can even re-iterate them indefinitely.

Carnegie's suggestion, however, is to do it with what communication experts would now call "assertive communication": neither aggressive nor passive, but solid and firm.

Do you have to try to become a famous actor or not even if everyone tells you to leave it alone?

Do you have to become an engineer, as your grandmother and employment statistics tell you, or an architect, as you would like to do?

Is it worth raising your hand in a meeting to have your say, with the risk that everyone will think you said a stupid thing, or is it better to stay quiet and draw on the agenda?

And that dress you like so much, should you really stop wearing it just because someone told you it widens your hips, or do you feel like daring a little?

In short, do you have to give a damn or not?

The judgment of others, in fact, can be faced with two moods.

The second is that of doubt, which instead can be the best ally for your improvement. It leads you to choices active, with which you reconsider your behaviors and ideas, you look with empathy to the judgment of others without necessarily accepting it and, in the end, make your choices - whatever they are - with true serenity and conviction.

So when you feel subjected to the judgment of others, before you give a damn or comply, first ask yourself the reason for this judgment.

Attention, I'm not talking about the neighbor who talks behind you or the obviously acid colleague with everyone who wants to put a spoke in the wheel….

There, nothing can be done about it and really the only thing is not to give it weight.

But in other cases, ask yourself where these judgments come from, who is the person who expresses them, if in the end you deserve them or have you deserved them, and above all if you could change something in yourself and in your behavior, letting yourself down to carry out that activity as difficult as it is useful that it is to question yourself.

Finally, ask yourself whether fear or doubt is ruling in your head, and remember that the judgment of others is not only and always maliciousness or gratuitous ignorance, but sometimes it can really turn into gasoline for your improvement.

On the other hand, we have seen it many times also here on the blog: at the base of exceptional improvements there is always feedback, or the judgment - internal and external - on what you do and how you do it.

If you are unable to bear a negative one, in order not to upset anyone in the end you will never do anything.

If, on the other hand, you don't care a priori, by excluding it from the equation, you will remain forever nailed to where you are.

Cognitive fusion, when thoughts are the enemy ❯

add a comment of Don't care about the judgment of others ... Or Maybe not?