By the healthiergang writer Loris Spleen, Bodybuilding and Kettlebell instructor.

DOMS: What are they?

Surely anyone who has trained at least once with the use of overloads will have found muscle pain on himself after 24/48 h. But do we know exactly what it is? What are they due to? Why are they there?

These post-workout muscle pains  si chiamano DOMS (Delayed Onset Muscle Soreness) can be annoying for the neophyte who has just started training, on the other hand, they are well appreciated by industry veterans who are constantly looking for new training techniques and methods to stress and destroy the trained muscle as much as possible; to be able to obtain these muscular pains that gratify the efforts made during training as a confirmation of the effectiveness of the work done. 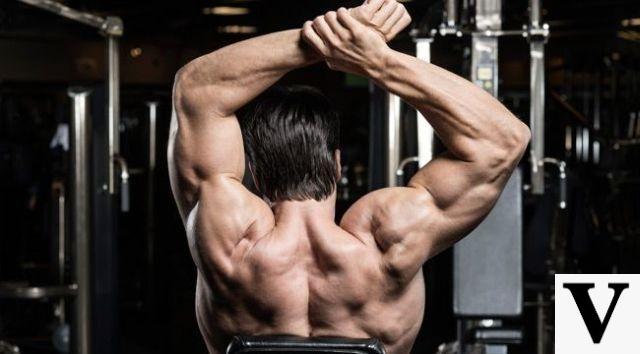 For years and still today post workout pains have been associated with lactic acid ... nothing could be more wrong as it has been shown that the lactate formed during training remains in the bloodstream for a few minutes; that is a trained athlete disposes of lactate in about 30 minutes while for a less trained person it will take longer

Therefore the muscular pains that occur in the days following training cannot be absolutely related to lactic acid.

So What Are They?

They are micro-tears of muscle tissue due to intense training; these pains manifest themselves after about 24/48 h and usually disappear in the first few days especially for small muscles (biceps triceps), at times, however, they can persist even for 6 or 7 days and beyond, especially for the larger muscles (chest, back); reaching the peak of pain around the second and third day after training.

It has been scientifically proven that eccentric contractions cause the most muscle pains (when there is a stretching of the muscle while carrying out a resistance to the external load) compared to concentric and isometric ones.

Who Is Most Affected?

Logically the subjects mainly affected are beginners who intend their first workouts, their body not being trained and accustomed to certain efforts there will be a greater number of microlacerations in the following days.

It has also been shown that, beyond beginners, people with a diet rich in carbohydrates find this type of phenomenon a lot in fact, in the "muscle definition phase", the search for DOMS will be much more difficult.

This does not mean that those who have been training for years will not find any in the days following training, but for these types of subjects it will be much more difficult, having the muscles more "accustomed" to certain workouts. Because of this it is good to always be on the lookout for new training techniques and ways to stress and destroy the trained muscle.

So if the days following a workout do not have DOMS, does it mean that the workout was not productive enough? Absolutely not, there are still many people who, if during the following days they do not have pain in the trained muscles, they are not satisfied and think that there is no muscle growth, but this is not true: since they are not pains that we all feel after a workout, it depends a lot on the level of training of the athlete. For example, if a person trains intensely 4 times a week with heavy loads and in the correct way, it is not certain that he feels the same pains as those who train 2 times a week.; simply because being more trained he has a body more used to fatigue.

Can You Train The Same?

After a workout takes place a process called supercompensation, this process provides the recovery of the training carried out and a further improvement so the body will be ready for a new stimulus. To best allow this process, it is not advisable to train in the presence of doms or train other muscle areas not affected by pain, to allow optimal muscle recovery and to avoid blocking the muscle growth process.

For many (as we said previously) they are very welcome pains if not even sought after to confirm the effectiveness of the work done so we will not try to cure them at all, but if for some they can be annoying here are some remedies:

- COLD WATER PACKS: as soon as the training session is over, it would be advisable to make water compresses to the involved muscles.

- LIGHT TRAINING IN THE FOLLOWING DAYS: a light activity such as a jog or a swim would be recommended the following day.

- MASSAGE: a well done massage helps to relax the muscles and relieve pain. 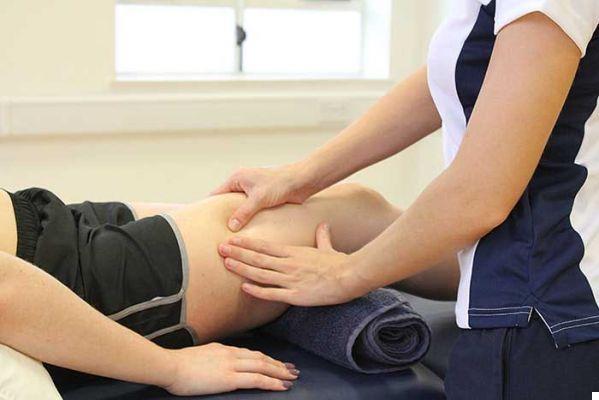 Absolutely not to do instead is to take anti-inflammatories, because if our goal is to increase muscle mass by taking them we would hinder the supercompensation process; unless an athlete has to recover quickly on the eve of a sporting competition, then in this case the use of anti-inflammatories may be recommended for faster recovery.

Audio Video DOMS (Post Workout Muscle Pain) | What are? Remedies
Women In The Gym | That's Why Weightlifting Is Suitable For Women ❯