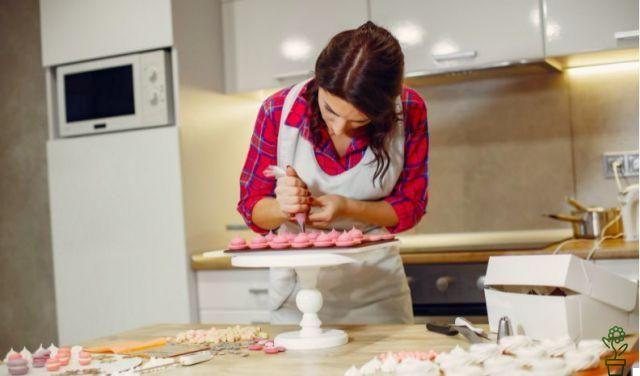 Today I want to talk to you about the subtle difference that exists between superficiality, perfectionism and the iron will to do things right.

The idea was the recent case of the wrong questions administered to aspiring medical students: 4 out of 60 (almost 7%) were poorly formulated and with obvious errors, while others (apparently a dozen) were at least equivocal.

Now if you think that;

…. well, it's really scandalous that the wrong questions have been proposed, don't you think?

It was absolutely necessary to work with more care.

In part, for the respect that should be had towards those who, on that test, bet their ambition and passion (as many as 79 aspiring doctors for about 14 seats!); in part, for the epochal sputt ** ata that would have been avoided at the ministry; partly due to the potential legal - organizational consequences that such errors can cause.

However, there is little to be surprised about: now we see things done badly a little in the whole sphere of action.

Now, I don't want to dwell too much on saying that we are in Spain, and that Spain is a country made like this or this, because frankly I can't stand this kind of generalizing and indifferent socio-political narrative, in which the neighbor's grass is always greener.


And then why, when it is generalized, in the end an alibi is created for everyone.

While what I'm interested in doing here on the blog is just the opposite: focus on our personal responsibility and on power of our choices as individuals.

And therefore, in this specific case, who cares if mediocrity is more or less rampant in Spain or elsewhere.

What interests me, however, is that you are reading me decide not to conform to her.

In this article, therefore:

The excuses we tell each other to justify our superficiality

When we are superficial, it is usually for two main reasons, each accompanied by its own set of very typical excuses:

In addition to superficiality, however, not doing well also has a second enemy, more subtle and difficult to identify: perfectionism.

The problem of perfectionism

This type of person never sees the "ideal" condition to complete something well, always waiting for a hypothetical tomorrow in which he will be able to do it better.

This leads it to:

The reason for this apparently illogical attitude often lies in the fear of failure, which leads the perfectionist to continually find excuses not to finish what he started: if it does not finish, in fact, he cannot fail.

The result is, however, often similar to that of superficiality, that is an incomplete and poorly done job.

To the damage, then, is added the insult of having wasted a lot of time and energy, destroying one's self-esteem along the way.

The right attitude to do things right

Hence, when one wants to do things well, one basically finds oneself having to find the balance between two opposing attitudes, superficiality and perfectionism, which in different ways can inflict a fatal blow to its results.


But how can you find this balance?

Well, the first step is recognize in yourself the moments when these two ugly beasts are at work.

Be honest: you know it very well, I don't have to (or can) tell you or anyone else, what are the occasions in which you are doing the bare minimum, which are those in which you act without the right humility and which, finally, those where the fear of failure makes you put off without a valid reason.

So, every time you realize that you are making one of these mistakes, try to correct yourself. A bit like it happens when you do the exercises in the mirror!

Then, learn how to do things:

Above all, finally, do not sit down on the acceptable but mediocre result e NEVER limit yourself to simply stamp the card of your conscience or of the rules that are imposed on you from outside.

Instead, learn to be guided by a majestic determination to do well, refusing the common urge to "fly low" and that inner chatter that makes you say "But yes, it is so much the same ...".

Because it is never true that "so much is the same".

Inside Out Movie: 5 very useful lessons for everyday life ❯

add a comment of Doing Things Well (between Superficiality and Perfectionism)