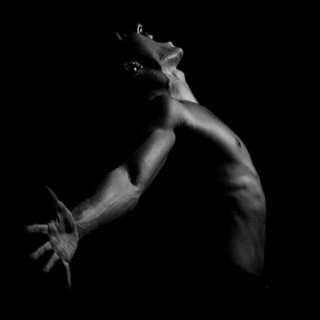 After having suffered from a traumatic experience, common sense and many voices around us suggest that we release our emotions, but ... how much certain is there in this advice that is part of popular wisdom? Normally after a major natural catastrophe, governments mobilize a team of psychologists on the spot where the events occurred, to assist people in dealing with their emotions, but… how effective is this strategy? These are the questions Dr. Seery of the University of Buffalo and his staff, who examined how people disrupted the realities of everyday life after the 11/XNUMX terrorist attack in New York. The findings state that talking about our thoughts and motions after trauma can be psychologically damaging. This study involved 36 people from a representative sample from across the country who were contacted via the Internet immediately after the terrorist attack. They were asked to express their thoughts and emotions freely. Of all these, 2.138 people were followed up over the following years to assess how they coped with collective trauma. Of this new sample, only 579 remained silent, preferring not to express their feelings or ideas to respect. The results were also of great impact for the researchers themselves: a positive correlation was highlighted between the release of emotions and post-traumatic stress. That is to say, people who released their emotions used to later present symptoms of post-traumatic stress while those who resisted had lower levels of stress. This suggests that the popular theory, according to which releasing emotions after trauma acts as a "positive release valve", may not be certain, and that even this could have negative repercussions on a person's mental health. Although the research had a considerable sample, there are some alternative explanations that I submit to you: - The causes that motivated people not to release their feelings are very varied; one of them could be that the event may not have really affected them and that they kept their cool in the situation. This is a possible hypothesis even if I consider it particularly unlikely given that the terrorist attack was an event that moved many people around the world. - Those who released their emotions immediately were more traumatized early on than people who did not, so it is normal for them to exhibit more symptoms of post-traumatic stress. This idea is more sensible to me than the previous one, even if it has its weakness: emotional liberation does not depend solely on the intensity of what one experienced but also on personal particularities; thus, the people who tend to be more emotionally expressive are not those who feel the situation the most, but rather only those who externalize it the most. However, in addition to the results of the study, the validity of the theory known as the "pressure cooker" is still under discussion. I will quickly summarize this popular theory that has filled the annals of psychological therapy: emotions accumulate within us until the moment comes when our mind is no longer able to sustain the tension and explodes releasing all the concentrated pressure, in this way the mood improves considerably. People who do not release their emotions would deny them, and since denial is a harmful and pathological process, they would harm themselves. Some psychologists argue that people who do not express their emotions in the face of a traumatic situation would not necessarily be "deniers" but rather people who are more resilient in the face of adversity. Added to this is the research developed by the Catholic University of Louvain which states that sharing feelings after suffering from a strong emotion would promote a faster recovery. However, we already know that in these cases we always speak in terms of figures and statistics while in everyday psychology reality is often shown under different aspects. This research should take place in a pause for reflection on the path that pushes us to enrich our therapeutic activities and to broaden our vision of the world.

"Lie to me": non-verbal communication ❯

add a comment of Does releasing emotions after trauma help prevent stress?