Does fantasy help to reach the goal? 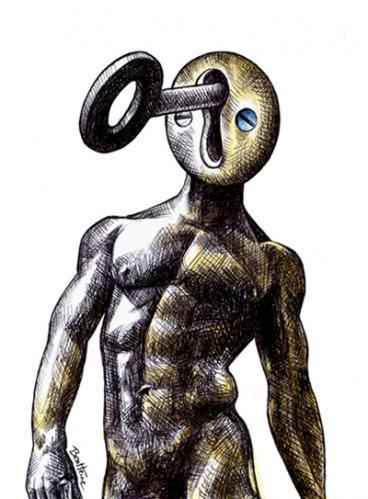 You are one of those
people who like to build castles in the air and who are gifted with a big one fantasy? Well, this could be it
especially dangerous if you are trying to achieve some goals
very important to you.

Certainly everyone
we have a little imagination, it's so easy to imagine an unreal world
where everything works perfectly. Also, there are so many gurus that
they promise to be able to motivate us to dream and that they affirm that the
fantasy is one of the best sources of motivation. Speaking in terms
Generals it is certain that these sentences contain a little bit of truth, think so
positive can certainly help us build a better future but the techniques
visualization or imagination can sometimes be misleading. A
curious study developed by the University of New York explains why. Researchers do
the goal is to analyze how people dealt with some
daily challenges such as: getting a new job, finding a partner or
pass a school exam. In this regard they have conceived four
different tests in order to measure to what extent people tended to fantasize about positive outcomes after engaging and which
results were expected (expectations). The difference
it may appear minimal but it is not. Expectations are usually based
in past experiences, how to say, we hope to do well in an exam why
up to now we have always done well. On the contrary, fantasies involve the imagination
and desires and for this reason sometimes they give rise to unrealistic pictures. Thus, the researchers
they found that people who spent more time recreating positive fantasies
about facts they had to face in real life, they fared worse than
those who were more realistic. After following them for two years it was possible
appreciate that the dreamers who intensely wished to obtain a place of
jobs had contacted fewer companies, received fewer offers and these
they offered them a lower remuneration. On the contrary, those who had
presented negative fantasies about their future, they got to catch up
their goal more successfully. Something similar has been observed in this regard
to the rest of the objectives that the participants had set themselves. So,
while positive fantasies were associated with failure, expectations
negative were related to success. But ... why the fantasies
positive can represent an obstacle on the way? The problem of one
very intense fantasy is that this allows us to anticipate success here and
immediately making us immediately feel an illusory sensation of pleasure, but not there
shows what problems we might encounter along the way and what
they could really be off-putting. Positive fantasies would be in a
some sense as a one-way path, in a single direction of travel. Obviously, this
doesn't mean it's not okay to dream or visualize triumph, but we should
pay particular attention to make sure that the fantasy does not occupy a place
privileged in our mind when we really want to achieve one
goal.
The Indian fairy tale to remember when in trouble ❯

add a comment of Does fantasy help to reach the goal?