Does being smart make us happier? 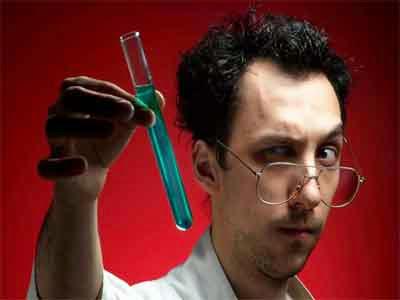 For centuries, society has extolled the virtues of intelligence, in the most restrictive sense of the term; that is, he measured intelligence through IQ (Intelligence Quotient). Numerous studies have shown that the smartest people not only get the best jobs, they also tend to be successful in their careers and often come up with good ideas.

However, their life isn't all plain sailing. In fact, several scientific research reports that smarter people tend to have more worries and higher anxiety levels as well.

Now a new study conducted at the University of Rotterdam asks whether intelligent people actually manage to be happier.

Intelligence under the microscope

We have a tendency to invest time and resources in developing our intelligence so that it is perfectly legitimate to wonder if it makes us happy, because after all, this is one of the main goals in life.

It is worth remembering that in this study the authors view intelligence as the ability to understand complex ideas, adapt effectively to the environment, and learn from experience using thought to overcome obstacles. On the other hand, happiness is considered as a feeling of satisfaction in which a state of fullness is experienced, that is, the person feels satisfied with his life.

In practice, the researchers simply put together a series of studies from around the world that measured both people's IQ and happiness levels. These studies were carried out between 2000 and 2009 and include data from 150 different countries.

As can be guessed, the authors found a negative correlation. That is to say, the nations in which the people were most intelligent were also those in which they were most unhappy.

At this point things get complicated, because the authors can only propose different theories. However, some of these ideas offer us a lot of material to work with, or at least make us think. For example, researchers think that smarter people also tend to have higher expectations in life, and if they don't materialize, they feel
more frustrated and less satisfied. In fact, having realistic expectations and learning to manage frustration are skills not necessarily related to intelligence.

Another explanation could be that intelligence "hurts" in the sense that it allows us to glimpse our own imperfections and those of the surrounding world, which obviously does not make us the happiest people on earth. Perhaps this is precisely why the popular saying has existed for some time: "blessed ignorance".

However, the researchers believe the real explanation is that developing intelligence takes time, cost and effort. This also includes sacrificing enjoyable activities such as spending time with the people we love or engaging in activities we enjoy. In practice, the smartest people would be so busy studying and then developing their careers that they often forget other factors, which coincidentally, would be the ones that would make them happier.

I believe that, beyond the possible explanations, what we need to understand is that being smarter is not synonymous with greater happiness. Therefore, every now and then we should stop for a moment along the path of our life to ask ourselves if what we are doing really satisfies us.

Extroverts and introverts: They choose different words to communicate ❯

add a comment of Does being smart make us happier?