Does alcohol make us more attractive? 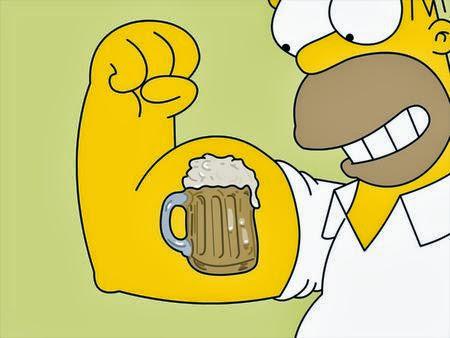 The fact that thealcohol alter our perception is no secret to anyone. However,
can a few sips really change the way we perceive ourselves?

Some researchers from the University of
Tartu, in Estonia, have attempted to answer this question. To do it,
they involved a group of people in a bar and measured which was the
alcohol level in their blood. Later, they asked them to say
how attractive they felt. As you can imagine, the more alcohol they had
ingested and more attractive they considered themselves. But… maybe this has nothing to do with it
see with the effect of alcohol. It would be possible that more attractive people
do they drink more? To remove this doubt, i
researchers carried out a second experiment with 86 men. Half of
the latter drank the equivalent of 6 shots of vodka while the other half drank
the same amount as a non-alcoholic drink. The second group was split
in two, the former were told that their drink contained alcohol while al
the second subgroup was told the truth: that it was a soft drink. After a short time in which
the alcohol was starting to take effect, everyone was filmed with the motivation
who would have participated in an advertisement for a well-known brand of
beer. Soon after, everyone had to review their ad and evaluate how much they did
he saw attractive. Result? Who believed they had drunk drinks
alcoholic qualified more attractive than the rest of the participants.
This indicates to us that it is not alcohol itself and the biochemical processes that it generates
what changes our perception, but it is the idea of ​​drinking that elevates ours esteem. But the researchers didn't stop there.
With the aim of having confirmation from a third impartial witness,
they recruited 22 men and asked them to rate the videos previously
sign in. As you can imagine, there was no correlation. Neither the men who had drunk alcohol and
let alone those who believed they had drunk it, were perceived as
attractive. At this point we just have to ask ourselves
how the perception of ourselves is altered. Researchers think everything
depends on implicit beliefs about alcohol. In other words, if we are
convinced that drinking alcohol is cool, then we will feel more attractive
when we drink. To confirm this idea, a
another study carried out with 100 young people, in which theirs was analyzed
perception about alcohol. Practically,
these young people did not think that alcohol consumption could affect the
perception, increase the degree of extroversion or reduce charm. In conclusion,
our beliefs about the effects of alcohol matter a lot.
Love never ends: when you love, you cannot be afraid ❯

add a comment of Does alcohol make us more attractive?