Do you want and do not want? The opposing feelings do not indicate indecision but emotional richness 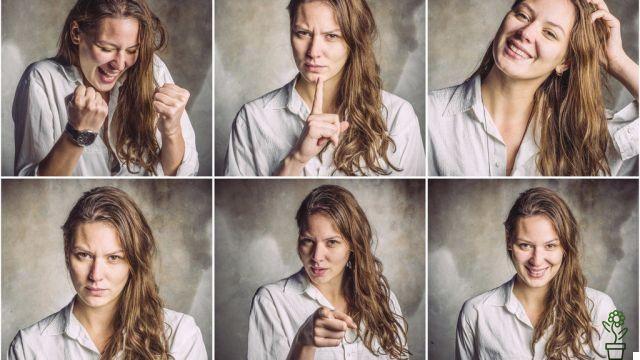 You want and do not want, something excites you but at the same time holds you back, you like it but it does not satisfy you completely ... If on some occasions you have experienced these conflicting feelings and you have communicated them to someone asking them to help you unravel the emotional tangle you have in yours mind, you have probably heard that you are a depressed and indecisive person, and that this is not good.

However, science has some good news for you: Opposing and contradictory feelings are not necessarily synonymous with indecision, but with emotional complexity. People who have a rich emotional universe are also more likely to experience a wide range of, sometimes contrasting, feelings. Furthermore, these people manage their emotions and feelings better and have a lower risk of suffering from depression.

Psychologists from the universities of Waterloo and Michigan carried out several studies, including one that involved a sample of 1.396 people from 16 different cultures. These people had to indicate the emotions they experienced in certain situations in their life, for example, when they had a problem with a family member, when they became ill, when they found themselves overworked or stuck in a traffic jam.

Thus it was found that in Western culture we tend to regard conflicting emotions as something negative and undesirable, and we blame indecision. It was also found that those who harbor these conflicting feelings are better able to differentiate their emotional states and are more able to find a balance in their life.

Instead, those living in overly ego-oriented cultures typically have a flatter emotional world, compared to cultures that place greater emphasis on family ties and social duties, because these people are able to understand and take different perspectives. and this enriches their emotional sphere.


For example, by not being overly self-centered they may feel severe disappointment in the event of a job project being lost, but at the same time, they are able to appreciate that it is an opportunity to spend more time with family or try a new professional experience. A person focused on his "I" would only see the negative side of the situation, and this would severely limit his emotional universe.

Emotional granularity: Experiencing different emotions is a sign of self-control and allows you to live a longer and healthier life

The emotional universe is rarely linear. Chances are that on more than one occasion you have wanted something for a long period of time, and when you finally get it, you don't feel as happy as you hoped, or you may even have some negative feelings. It usually happens when you finish your studies, you feel happy but at the same time you feel nostalgia and sadness for the time you left behind or fear and uncertainty about the new life you are starting.

Even in the relationship of a couple and with children, contrasting emotions are the daily bread. One moment you love them with all your strength and the next you want to "kill" them all for something they did or said.

These feelings and emotions do not turn you into a worse person, on the contrary, they are perfectly normal and can offer you some advantages. In fact, the breadth of the affective sphere is known as "emotional granularity", and it is a characteristic of people who are able to experience different feelings and emotions together, and differentiate them.

Interestingly, according to a University of Kentucky study, these people also have greater self-control and less likely to react aggressively even when they are very angry. Additionally, these researchers found that people who show emotional granularity tend to live longer and healthier lives, seek medical attention less, consume fewer medicines, and spend less time in hospital when they get sick.


In fact, another interesting study with 92 women with breast cancer found that those who were able to identify, label and understand their emotions showed lower levels of inflammation, one of the underlying processes of this disease and that it is considered part of a negative prognosis.

Therefore, the next time you experience mixed emotions, don't despair and don't think it's a bad thing or indicates indecision. Think that it is your emotional universe that is expressing all its complexity, something that will ultimately benefit you.

Do you want to study Psychology? ❯

add a comment of Do you want and do not want? The opposing feelings do not indicate indecision but emotional richness