Do you often feel guilty? Then you are emotionally sensitive 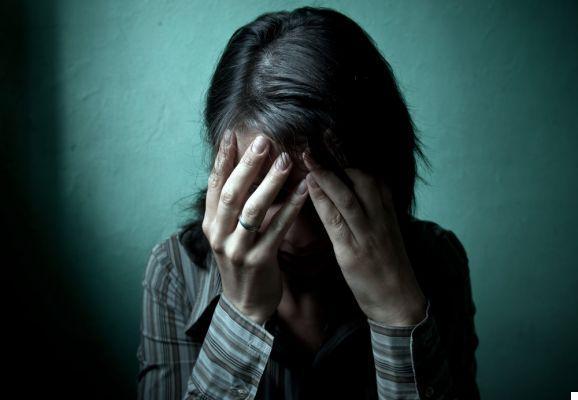 There are people who continually experience a profound sense of guilt. It is as if they have decided to take the world's problems on their shoulders. They just haven't actually decided that, they're just like that. They are people who apologize for everything that happens around them, even when it is not their fault, but they still feel responsible. In the field of psychology this condition is known as "Propensity to blame"It is certainly not easy to live with this burden on your shoulders. So it is not surprising that these people go to great lengths in an attempt to get rid of this feeling. However, researchers have now found a positive side to guilt: these people develop a greater ability to recognize the emotions of others, or at least, their facial expressions.

The experiment that linked guilt with emotional sensitivity

Researchers from La Trobe University asked 363 people to indicate how they would feel in 11 hypothetical negative scenarios. One of them referred to the possibility of making a serious mistake in a work project. In this case they had different answers, such as: “I had to recognize the problem and do the job better”, which denotes the feeling of guilt. Another response was: "I would like to sink underground", which was interpreted as a sign of shame. In fact, even if the sense of guilt and shame may appear identical, in reality the shame is rather related to uncomfortable thoughts that refer to our "I" thoughts like "what does this mistake say about me?" while the guilt centers more on the act itself, with thoughts like: "How could I do such a thing?". Other possible answers indicate detachment or absence of worry, such as: "well, nobody is perfect" Later, people looked at photographs of actors showing different facial expressions, with emotions of varying intensity. The goal was to correctly label emotions as happiness, sadness, disgust, fear, anger, or shame. Interestingly, people who showed a propensity to feel guilty were more capable of detecting other people's emotions. In fact, they showed a good sensitivity in recognizing even the most subtle emotional states; however, those prone to experience shame did not reveal special skills in detecting emotions. Indeed, they also showed a reduced ability to identify positive emotions in others. Previous studies confirm these findings, also reporting that people who tend to feel ashamed are also less empathetic, which is likely due to their focus too much on their "me".

Sense of guilt and sensitivity: two sides of the same coin

In fact, this isn't the first experiment that addresses guilt. In fact, previous studies have shown that guilt-prone people show higher levels of psychological adjustment to different contexts. That is, they usually maintain good interpersonal relationships, develop excellent social skills, and do not exhibit antisocial behavior.In any case, people who feel bad about guilt should know that this is likely a side effect of their attunement to emotions of others, as they have a greater sensitivity to notice if their words or behavior have hurt the other person. So that, after all, the guilt is not that bad.
I love you or I love you: the right words to the right people ❯

add a comment of Do you often feel guilty? Then you are emotionally sensitive