Do you know the properties of vitamin E? 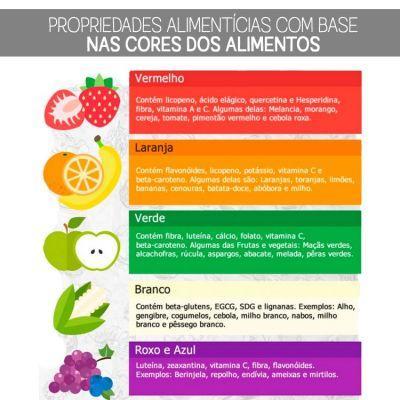 The term Vitamin E refers to a group of fat-soluble compounds with antioxidant properties.

Vitamin E as an antioxidant

Vitamin E is primarily an antioxidant. Antioxidants are substances that protect cells from the damaging effects of free radicals, molecules that contain at least one unpaired electron.

The best known free radicals are the so-called ROS (Reacting Oxygen Species), which are formed due to the strong reactivity of unpaired electrons with oxygen.

The other properties of vitamin E

Vitamin E, in addition to being a powerful antioxidant, it has anti-inflammatory properties, protects the immune system and inhibits platelet aggregation.

It is also attributed an important role in energy production and, according to some studies, it is capable of increase muscle power and resistance to fatigue. It is therefore an important nutrient for general health.

Vitamin E for the well-being of the cardiovascular system

Several studies have shown the protective properties of vitamin E against the cardiovascular system. According to some in vitro studies, vitamin E inhibits the oxidation of LDL cholesterol (the so-called bad cholesterol) and could be very useful in prevention of atherosclerosis.

Observational studies have associated elevated levels of vitamin E with a reduction in cardiovascular risk; one of these studies, conducted on a sample of 90.000 people, observed that the incidence of cardiovascular disease was reduced by 30/40% in subjects with a higher intake of vitamin E.

In reality, however, the results of the studies are sometimes conflicting and the full understanding of the role of vitamin E in protecting the cardiovascular system has not yet been reached, especially when taken through supplements and not naturally, that is, with the diet.

Does Vitamin E Protect Against Cancer?

Antioxidants such as vitamin E they protect cellular components from the harmful effects of free radicals which, over time, can contribute to the development of neoplasms.

Furthermore, vitamin E could also protect against cancer by inhibiting the formation of nitrosamines (potentially carcinogenic molecules) in the stomach and improving immune functions.

Unfortunately, however, we do not have scientific confirmation that vitamin E supplementation actually provides protection against cancer because studies that have tried to associate vitamin E intake with cancer prevention have given conflicting or hardly significant results.


Of course, however, the consumption of foods naturally rich in vitamin E can only be healthy.

Macular degeneration is a leading cause of vision loss in the elderly. The etiology is not fully known but it is believed that oxidative stress can play an important role in the onset of this pathology.

Consequently, nutrients with antioxidant qualities, such as vitamin E, can be very useful in the prevention of macular degeneration.

It has been hypothesized that if the cumulative damage of free radicals on neurons contributes, over time, to the development of neurodegenerative diseases such as Alzheimer's disease, theintake of antioxidants, including vitamin E, could be a protective factor.

This hypothesis has been supported by the results of some clinical studies, but these results cannot yet be considered conclusive and further research will be required.

Vitamin E is considered almost essential for the beauty of the skin, especially to combat wrinkles and problems such as acne and eczema.

It is, in fact, contained in the formulations of many creams, especially those for the face. It is also useful for preventing and facilitating the healing of scars.

> Natural vitamin E supplements, what they are and when to take them

Audio Video Do you know the properties of vitamin E?
Persimmon apple: properties and benefits ❯

add a comment of Do you know the properties of vitamin E?