Do you have a favorite cup? The reasons for this emotional bond 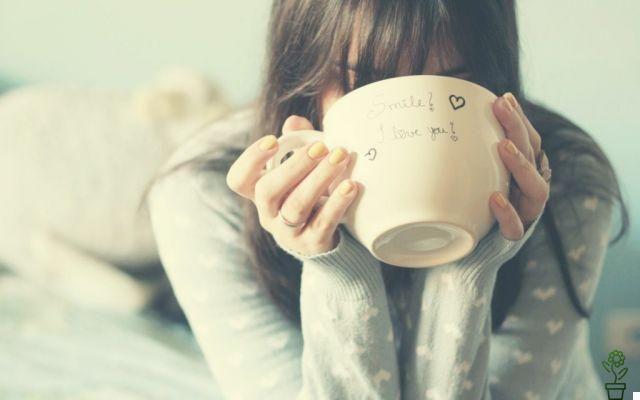 Have you got a favorite cup that only you use? Do you think your cup is irreplaceable? Do you get nervous or angry if someone uses your cup? If you are one of those people who are fond of their personal cup, you should know that you are not alone.According to a survey conducted by the Heinz Cup Soup company, 60% of people have an emotional connection with their favorite cup. 40% said their cup was irreplaceable and about a third confessed that they would go mad at the thought of breaking it. It is strange how we feel irrationally connected to some objects whose emotional value far exceeds the economic value.

Why are we fond of our cup?

1. It belongs to us. If you've accidentally used someone else's cup, you've probably noticed how possessive some people can get with their cup. In fact, the survey found that one sixth of the people surveyed admitted being angry if someone used their cup. This is due, at least in part, to what is known as the "Owner Effect". In practice, once purchased we have a tendency to overestimate the objects we own, far above their real value.
2. Activate memories. But the obsession with cups cannot simply be explained by the owner effect, as we aren't as possessive with other items like a fork or favorite dish. The problem is that mugs are a very common gift that is usually associated with certain people or memories. The emotions evoked by a cup can be very strong, even if we are not always aware of them. In fact, often the cup reminds us not only of the past, but also generates a sense of security and tranquility that makes us feel good.
3. It represents you. One of the most distinctive features of mugs, compared to any other object, is that they usually have logos, phrases or images with which we feel particularly identified. Cups are one of those highly customizable objects with which we are able to identify ourselves, because in them we encounter a message that echoes our identity. Our cup reflects a part of our personality, which is why we have developed such a strong bond with it.
4. It's part of the routine. We are people of habit, repeating the same things makes us feel safe. And chances are your cup is part of some of the routines you love. Maybe you wake up and have breakfast with her and then film her while you relax, to enjoy a nice hot chocolate or tea. In fact, when you think about it, our cup is usually present in many of these relaxing routines. It is also with us when we have to work late at night or when we feel bad, so it is normal for it to end up becoming a "loyal" object.
5. It comforts you. The cups also win our affection because we normally use them to drink hot drinks. In fact, research conducted at the universities of Yale and Colorado revealed that holding a hot cup generates positive feelings towards others and makes us trust and get closer to them. Taking a hot bath has also been found to make us feel better and relieve loneliness, in the same way as holding a container of hot water. Therefore, it is normal to end up associating our cup with pleasant sensations that make us feel good.
I need love (but it's not enough for you that others love you!) ❯

add a comment of Do you have a favorite cup? The reasons for this emotional bond