Do you feel lonely? Take a warm bath 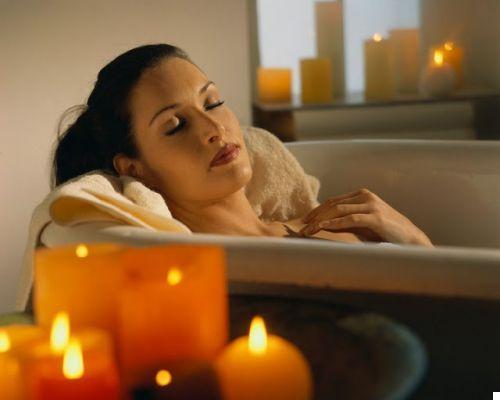 We all know that diving into a tub with water
hot and scented salts is a pleasure for the senses and is also relaxing. However,
now some Yale University researchers claim that taking a bath of
this type also has effects on social behavior. Like?
Simply because it would act as a compensating factor for isolation.

The researchers analyzed 51 students and they have
found that those who felt most alone tended to take a hot bath
in the tub more frequently. The results were so curious that it expanded
the number of participants involving 25 men and 16 women, but the results
they did not change, rather they confirmed the initial correlation: more people
they felt lonely, not only took hot baths more frequently but
these were also much longer. Obviously, at this point many may think that
lonely people simply have more time so they can
give yourself this whim. For this reason the researchers found it interesting
the fact that social isolation was related to temperature
of water. In this way it was possible to make a second
experiment. In this case people were led to believe that they were participating
to a study on the therapeutic effects of water (contained in a small
bag, cold or hot water, which they had to hold in hand). Following each
participant had to fill in a questionnaire in which the degree of
loneliness he felt. Surprisingly, those who had held the
bag with cold water reported feeling more lonely than those who
they had been in contact with hot water. To eliminate any doubt, the researchers realized
another experiment. On this occasion the participants were asked to
remembering situations in which they felt socially excluded. In
later, they were asked to hold a hot water bottle or
cold. Finally, they had to answer a questionnaire in which the
they need to socialize, asking them how much they were willing to go
at a party or shopping with friends. In the end it was found
that whoever had held the bag with hot water showed a need
much less socializing and felt less alone. Because? Researchers
they explain that heat reduces the feeling of distress caused by isolation
and from loneliness. Probably these psychologists had only discovered “water
hot "as they say, given that in our culture the reference to:" a
warm smile ”,“ a cold attitude ”etc., show the importance of
temperature in relationships. In fact, there is a previous study that showed
like the people who were interviewed in a heated room were more
extroverted and willing to collaborate with respect to those who were in a
cold environment. However, the interesting part of this study lies
in the fact that without being aware of it we tend to manifest some sort of
innate mechanism that pushes us to do things, such as a hot bath,
to compensate for loneliness. Meanwhile, we know that if we feel alone we do
a good warm bath can help us relax and make us feel more positive.
Do you often feel guilty? Then you are emotionally sensitive ❯

add a comment of Do you feel lonely? Take a warm bath