Do you create conflicts or find solutions? 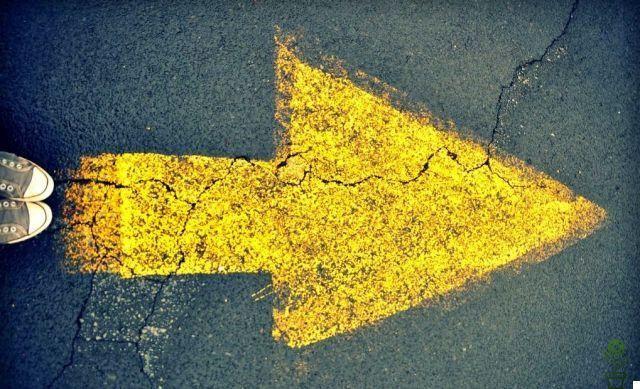 Nobody would like to live i conflicts. However, we all encounter some at some point in life. But education has not taught us to face these situations, even if it is one of the few certainties we have in life. However, the fact is that rather than learning how to manage conflicts, it would be better to learn how to prevent them from occurring. Anyone in their right mind would rather have peace than be right. However, what at first glance may seem trivial, in reality turns into a death trap that we have all fallen into or continue to fall into.The point is that a conflict is not just a persistent disagreement between two people caused by a mismatch. of interests, but rather a clash of egos, because, after all, it is only a question of wanting to reason. Therefore, the intensity of the conflict directly depends on the levels of self-control of each party.In a very simple way, it can be said that the origin of most interpersonal conflicts lies in the ego, in the image we have built and that we consider our true identity. Thus, when a person challenges another, he takes his words as an attack on his identity and reacts as if he were in danger, attacking in turn. This leads to an argument and conflict is generated. Therefore, it would not be unreasonable to say that the world does not create the problem, but there are only many people with too big egos, who confuse their real "me" with the identity that Obviously, disagreeing with someone generates a whole range of emotions, most of them negative, such as anger, frustration and disappointment. These emotions produce a form of confrontation characterized by aggression, which in turn generates a violent reaction in the other, helping to create a crescendo of violence and frustration. inability to accept reality. When the person does not have sufficient emotional maturity, they are simply not able to accept that things cannot change. In this way, he denies reality, imagines a different world, and when the universe does not meet these unrealistic expectations, he gets angry and frustrated. At this point he decides to ask for compensation and here the conflict arises.Therefore, conflicts can also be understood as the distance that separates reality from the world in our mind, the space between what is and what should be. Conflicts are, after all, a mental representation of a given situation, so that when we experience a conflict we are not simply reacting to certain events that have occurred beyond our control, but our interpretation of events plays a role. decisive. When there is a conflict, we are never just spectators, but also active participants. From this point of view, conflict is not a natural consequence of certain facts, attitudes or behaviors, but a product of disagreement. Of course, accepting the fact that there are no conflicts in the world but only troubled minds, it is a truth difficult to digest, a great psychological maturity is needed.

How to avoid conflicts?

First, it is important to be aware that in interpersonal relationships most of the decisions we make involve a choice between peace and conflict. Therefore, instead of wanting to be right at all costs, we should ask ourselves if our decision makes us calmer, or on the contrary, complicates our lives. Of course, this does not mean that there will never be disagreements. But that we can intervene before these turn into conflicts. It is essential to act quickly to avoid tension, not to reach the point of no return. Remember that the reasons for fighting are rarely as serious as the discomfort they cause.
1. Stop thinking in terms of winning or failing. When there is a conflict it is because the parties cannot find a solution, they do not want to give up and they are not willing to compromise. However, winning a confrontation is simply a temporary victory because, while it can be beneficial, it also has costs. Conflicts rob us of energy and tranquility, so there are never winners, but we all lose.
2. Prevent the conflict from getting worse. When the fire is small it can be controlled. Once grown it causes serious damage. The same is true of conflict, so learning to focus on commonalities, rather than widening disparities, is essential. Often, it is enough to seek a broader perspective of the problem, instead of focusing on the details.
3. Have the courage to change. Most conflicts are fueled by old beliefs and thought patterns. Therefore, to resolve a disagreement sometimes you just have to change the way we see and do things. If we cannot change, if we are not willing to give up even an inch, we will not be able to find a different solution to the conflict.
4. More facts and fewer words. The wood on the fire of conflict is often the words, so that people end up getting trapped with their own speeches, especially when they don't know how to choose the phrases they use correctly and the negative words end up fueling resentment and anger. Therefore, to resolve a disagreement, it is desirable to implement precise measures that lead to concrete actions. Talk less and do more.
5. Look inside. When a conflict is about to arise, it is advisable to stop for a moment and ask yourself: why is it happening? What is the purpose? What factors can make the situation worse? What factors could fix things? What level of responsibility do I have in this situation? In this situation it is normal to focus on what the other person is doing, but it would be better to learn to focus on yourself.
Believe in yourself ❯

add a comment of Do you create conflicts or find solutions?