Do Proteins Make You Fat? 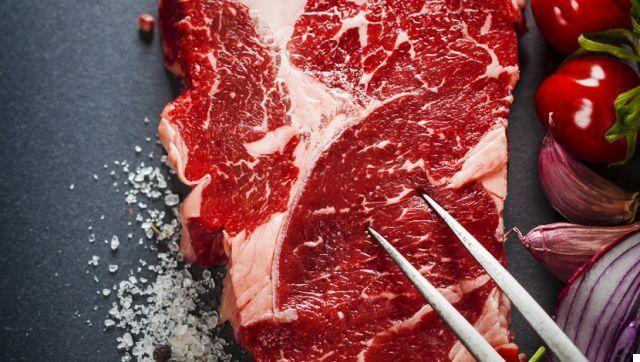 Proteins are macronutrients that, if introduced in the right quantities, absolutely do not make you fat - but neither do you lose weight.

They have an extremely broad and multifaceted nutritional value, therefore, their dietary estimation and application is frequently the subject of debate among nutrition professionals.

Proteins are polymers (polypeptides) of amino acids, molecules of a quaternary nature (Carbon [C] - Hydrogen [H] - Oxygen [O] - Nitrogen [N]) containing a carbonaceous skeleton linked to a carboxylic group (-COOH), for example one amino (-NH2) and one radical (-R) that distinguishes them.

Ordinary amino acids can be classified in different ways, for example on the basis of their essentiality; an amino acid is defined as essential if the organism is unable to synthesize it. The quantity and number of essential amino acids within a peptide or a protein determine its biological value, also improperly called protein "quality". The metabolic functions of proteins are:

Compared to carbohydrates and lipids, proteins require a greater digestive and metabolic commitment, and a consequent superior Specific Dynamic action (ADS); this is the fundamental principle on which high-protein weight loss regimens are based.

However, if it is true that proteins in the right quantities do not make you fat, it is equally true that an excessive intake of proteins compared to other macronutrients is not advisable. In this case, the organism would be induced to use large quantities of amino acids to neo-synthesize glucose and would have to convert all the nitrogenous groups into urea and then expel them in the urine.

Furthermore, low-carbohydrate and high-lipid medium-protein diets can be ketogenic. Ketones are acid molecules which, if produced in excess, reduce the blood pH, causing even serious symptoms and disorders. Furthermore, ketones have a high osmotic power and during filtration, in order to be expelled with the urine, they need large quantities of water; this phenomenon can lead to dehydration. In short, the excessive use of amino acids for neo-glucogenic purposes proportionally increases the hepatic and renal load.

It should be noted that some studies directly correlate diets with a high content of animal proteins to the worsening of the metabolic balance of calcium [Ca], which as we know is very important in subjects at risk of osteoporosis. On the other hand, this theory has been disproved, at least on healthy subjects. Moreover, thanks to the increased intestinal absorption of the mineral and the stimulation on the synthesis of osteo-anabolic hormones, high-protein diets do not seem to increase the risk of osteoporosis.


In summary, food therapies based on neoglucogenesis can facilitate weight loss but, in addition to the reduction of adipose fat:

When They Make You Fat

If the protein surplus was not only a percentage (normocaloric), but also quantitative (hypercaloric), there would be a conversion of the excess amino acids into storage fatty acids. Ultimately, if the dietary protein intake exceeds the metabolic requirement causing an excess of calories, there is an increase in the adipose deposit. In such a high-calorie context, excess protein therefore makes you fat.

Some technicians, but above all many laymen, attribute miraculous characteristics to food proteins; one of the most recent claims concerns "improvement of muscle trophism" and "optimization of body composition" regardless of the level of physical activity. This half-truth can be highly misleading and the study from which these conclusions were drawn should be read in full - especially the characteristics of the research sample and the method of evaluation.

First, a question should naturally arise:

Obviously not, otherwise very few would spend hours upon hours in a weight room. Rather, it is very likely that the malnutrition protein (therefore deficient in essential amino acids) negatively affects the trophism of the muscles e above all in subjects who have a low or almost zero level of physical activity (LAF). In this case, the increase in the dietary protein portion can lead to an improvement in muscle trophism, and therefore in body composition.

Protein malnutrition is very common in old age and especially among geriatric patients who are not totally self-sufficient. Depressive symptoms, senile dementia and economic difficulties often contribute to worsening eating habits; in many cases, the elderly eat monotonously and prefer foods that are easy to prepare, such as soup in broth.

In the long term, a similar diet leads to protein insufficiency which affects muscle depletion, worsening body composition. In these cases, increasing the protein intake would undoubtedly improve the muscle trophism of the subjects, but the same concept is not applicable to a healthy and eunnourished subject.

Proteins do not make you fat or lose weight, they are essential nutrients for human nutrition that must be introduced in the right quantities.

Audio Video Do Proteins Make You Fat?
Breakdown of Proteins: When to Take Them? ❯

add a comment of Do Proteins Make You Fat?