Disobedience as an act of freedom and personal reaffirmation, according to Erich Fromm 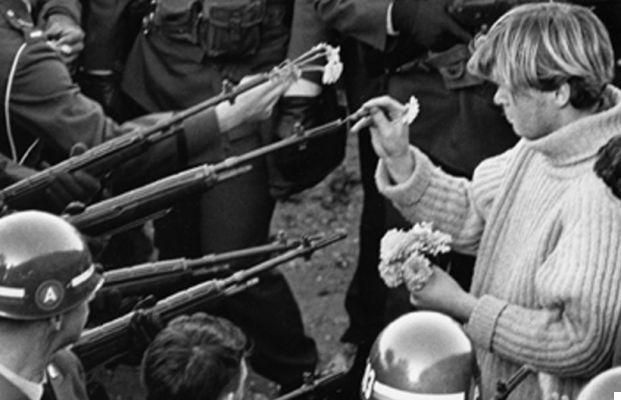 Obedience has been considered a virtue for centuries, a desirable value that parents instill in their children. On the contrary, disobedience has been denigrated to the category of sin or anti-value. This conception is so ingrained in our minds that our default option is usually to obey. However, we cannot be truly free nor be ourselves without disobedience.

What is disobedience - and what is it not?

The term obedience derives from the Latin oboedientia, which indicates knowing how to listen carefully. When we practice careful listening, we understand and analyze the message, so that we can discern and, above all, decide whether to follow the instruction or not. Therefore, it implies freedom. But over the centuries the original meaning of the word obedience has changed, so much so that today it is understood as the fulfillment of the will of those in charge.

Erich Fromm, psychoanalyst and social psychologist, offers a more complex and rich conception of obedience and its antithesis, disobedience. “Disobedience, in the sense in which the term is used, is an act of affirmation of reason and will. It is not so much an attitude against something, but rather an attitude towards something, which implies the human capacity to see, express what he sees and reject what he does not see ”. Therefore, disobedience would not be an anti-value but, in certain circumstances, an act of coherence, discernment and personal reaffirmation.

Fromm also bans the erroneous association that has been created between disobedience and violence. "To disobey, man need not be aggressive or rebellious: as long as his eyes are open, he is awake and wants to take the responsibility of opening the eyes of those who risk dying because they are immersed in a state of drowsiness". Hence, disobedience is also a conscious act.

“I don't mean that every disobedience is a virtue and every obedience a vice […] The human being who is capable only of obeying, and not of disobeying, is a slave. On the other hand, the only person capable of disobeying is a rebel (not a revolutionary) who acts out of anger, disappointment and resentment, not in the name of a belief or a principle ”.

For Fromm, disobedience is not a gratuitous act of simple rebellion, but the fruit of a deep conviction, a rational action that allows us to reassert ourselves as persons and defend our rights. It does not arise from despair, frustration or simple rejection, but from security and personal trust. It is not a position against something - even if it implies it - but a position aimed at defending something.

In his book "Disobedience and other essays" he also outlines the one exception that, in his opinion, can justify obedience. Obedience is valid when it involves accepting the authority of another person or institution in a conscious and thoughtful way because our goals go in the same direction as those who require obedience, so that this act is not blind submission but rather is convenient for both parties.

Autonomous and heteronomous obedience, the trap of the authoritarian conscience

Fromm goes a step further by making an important distinction between the different types of obedience. Explain that “obedience to a person, institution or power (heteronomous obedience) is equivalent to submission; it implies the abdication of one's autonomy and the acceptance of an external will or judgment in place of one's own ". This is the most common obedience in our day. It is obedience that arises from motivated ignorance, laziness and the abdication of personal power.

Instead, “obedience to one's reason or convictions (autonomous obedience) is an act of affirmation, not submission. If my beliefs and my judgment are truly mine, they are part of me. So, if I follow them, instead of appropriating the judgments of others, I am myself ”.

But Fromm also warns us of a social trap that is very easy to fall into: confusing autonomous obedience with authoritarian conscience.

Obviously, obeying the authoritarian conscience, that internal dialogue that tells us what "we should do" while ignoring what we want or even what would make us feel better, is like obeying an external power, even if that power has been internalized. That authoritarian consciousness is actually a disguised heteronomous obedience that confuses us into believing that we do what we want, when in reality we obey the patterns of behavior that have been instilled in us.

Where does our trend come from to obedience?

When we obey our authoritarian conscience we are yielding to the norms, rules and values ​​we have introjected, without questioning their validity and relevance. It is, in fact, a meticulously planned obedience on a social level when, at a certain point in history, it was necessary to develop an inner obedience to replace that imposed by force and fear.

Equating obedience with a positive quality, it is understandable that everyone wanted to obey. With this tool in hand, for much of history a minority has managed to dominate the majority. However, with the authoritarian conscience we not only lose the ability to disobey, but we are not even aware that we obey.

Of course, this is not the only reason we tend to obey.

Fromm stresses that “when we obey higher powers, be they the State, Church or public opinion, we feel safer and more protected. We cannot make mistakes and we free ourselves from responsibilities ”. Obedience frees us from the responsibility of taking charge of our life, avoids the effort to decide and, above all, frustration when we make mistakes. This is why in many cases it is easier to submit to power than to bet on one's freedom.

Obedience, in fact, ultimately responds to the fear of freedom and what it entails. "A person can be free through an act of disobedience by learning to say 'no' to power." But if we feel dizzy in the face of freedom, we cannot disobey because both concepts are inextricably linked.

Humanistic conscience as a way of personal reaffirmation

To the authoritarian conscience Fromm contrasts the humanist conscience. “It is the voice that is present in every human being, regardless of external rewards and punishments. Humanistic consciousness is based on the fact that we have an intuitive knowledge of what is human and inhuman, what promotes life and what destroys it. This awareness is essential for our functioning as human beings ”.

However, "obedience to the authoritarian conscience tends to weaken the humanistic conscience, the ability to be and to judge for oneself", stresses Fromm. Therefore, we must learn to connect with ourselves beyond social conventions to ask ourselves what is right and what is not, what is good for us and what harms us, what we really want and what we hate. Once the connection is found, we just have to be faithful to it, even if it means disobeying some rules.

“To disobey one must have the courage to remain alone, make mistakes and sin. Even if courage is not enough […] Only those who have constituted themselves as a fully developed individual and have acquired the ability to think and feel independently can have the courage to say “no” to power, to disobey ”, indicates Fromm.

The question you should ask yourself before deciding - almost - anything ❯

add a comment of Disobedience as an act of freedom and personal reaffirmation, according to Erich Fromm