Diet: the ok menu for the beach 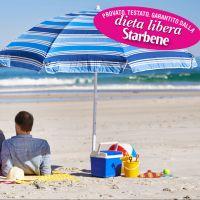 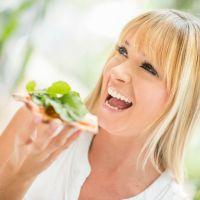 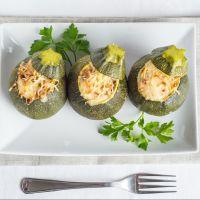 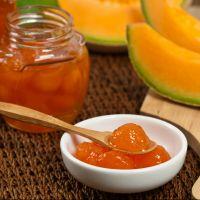 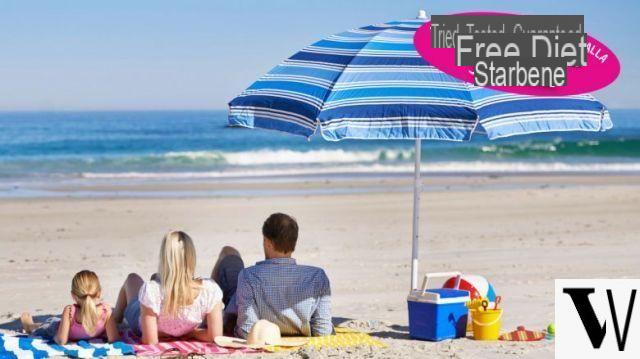 Nothing stuffed pizzas or focaccias, bought at the beach bar. Nor the usual ones sandwiches, apparently healthier by adding a little salad or tomato. If you want to eat well even under an umbrella, respecting the few rules of ours Free Diet, prepare the meal at home.


Our biologist chef, Maria Paola Dall'Erta, he has come up with 3 easy and delicious recipes, for those who, like you, love to have lunch by the sea. So you can nourish yourself in a balanced way and healthy, without giving up the pleasure of food and, above all, without compromising on line.

DISHES WITH ONE MORE GEAR - «Maria Paola was very good at using the portions (and the ingredients) normally provided by ours menu to create a special one for the beach», Says Carla Lertola, dietician.

«Among the cereals he chose the rice, the most digestible grain of all and suitable for everyone. But he didn't use it for a "trivial" and caloric one salad, loaded with cheese, ham and pickles. But as a basis for one gluten free Margherita pizza, rich in tomato, with an antioxidant action.

For the vegetables he bet on zucchini: super light (11 calories per pound), moisturizing (because it is made up of about 90% of its weight in water) and protective (providing lutein which helps prevent damage to the retina caused by ultraviolet rays).

Finally, between fruit, awarded the classic melon, for its beta-carotene which defends the skin like a sunscreen. However, he proposed it in an original way, in the form of gelatin. Same benefits, but much more taste ».

Audio Video Diet: the ok menu for the beach
Heart: the diet to protect it ❯

add a comment of Diet: the ok menu for the beach