Ménière's syndrome is a rare condition affecting the inner ear.
It can cause dizziness, tinnitus (perception of high-pitched noises or “whistling”), hearing loss and a feeling of pressure in the ear. Less frequently, it causes hypersensitivity to sound (hyperacusis) and distortions in perception. 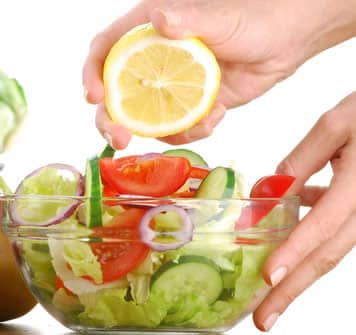 The attacks are sudden and usually last two to three hours. The symptomatic picture can be complete or partial. Sometimes, total remission takes up to a couple of days.
The severity and symptoms of Ménière's disease vary from person to person. Some frequently complain of attacks of dizziness with total hearing loss; others report severe tinnitus with less intense vertigo.

Ménière's syndrome develops in several stages.
It starts suddenly and, following dizziness, can induce nausea and vomiting.
In the later stages, these symptoms become irregular and sometimes progressively diminish. Conversely, tinnitus and hearing disorders tend to get worse.
The unpredictability of Ménière's syndrome and the resulting disability can favor the onset of anxiety and depression.
The incidence is 1: 1000 or 1,5: 1000. It is more common in females and occurs mainly between the ages of 20 and 60.

The causes of Ménière's syndrome are not known.
The most accredited hypothesis concerns a hypothetical chemical imbalance in the aqueous matrix of the inner ear. Hydrops would ensue, i.e. an excessive pressure of the liquid in question.
Familiarity is very relevant.

Treatment of Ménière's syndrome is aimed at symptom control; however, it is not conclusive.
Possible interventions are: drugs, diet, vestibular re-education, relaxation techniques and, in severe cases, surgery (with controversial efficacy).

There is no real "diet for Ménière's syndrome".
The diet is aimed at trying to reduce dropsy. However, this condition is NOT a "constant" of Ménière's syndrome. Similarly, analyzes of cadavers reveal that some subjects have a totally asymptomatic form of hydrops.

The diet for Ménière's syndrome is aimed at restoring the volumetric and compositional normality of the liquid present inside the ear, fighting symptomatic hydrops.
In the introduction, we specify that the stability of the fluid is independent of the blood composition.
Normally, the liquid is kept at constant volume and osmotic pressure by some intrinsic mechanisms.
The concentrations of sodium, potassium, chlorine and other electrolytes are highly specific and should not change.
The fluid interacts with the sensory cells of the inner ear and allows them to function properly.
Independent fluid control can be compromised due to injury or degeneration in specific internal structures.
In this way, the pressure and the concentration of the fluid in the inner ear tend to balance with the blood plasma, changing significantly.
This alteration should cause the symptoms of hydrops.

The diet for Ménière's syndrome is based on the control and restriction of dietary sodium.
Perhaps due to the abundance in the food taken by the patient, this ion tends to increase excessively in the internal fluid causing the imbalances we have already talked about.
The normal amount of sodium, which is the recommended dose in your country, is between 600 and 3500 milligrams per day (mg / day). The American RDAs, on the other hand, suggest a range of 500-2300mg / day.
Before continuing with the explanation, it is necessary to specify some fundamental concepts:

The diet for Ménière's syndrome should NOT contain more than 1.500-2.000mg of SODIUM per day (1,5-2,0g / day); this value can be corrected for sweating.
The dietary pattern for hydrops is not very different from that recommended for arterial hypertension, to which the hydrops does NOT show an evident statistical correlation.
Moreover, in addition to the quantity of the ion, it seems that the hydrops further worsen with fluctuations in the plasma (variable concentration). This means that, in addition to the daily sodium intake, the hydrops diet must limit foods, recipes and meals rich in this mineral.
Some argue that sodium is not the only element capable of modifying the composition of the internal liquid. It seems that simple sugars and related glycemic fluctuations are also involved.
Dehydration exerts an effect similar to the intake of strongly osmotic molecules, such as sodium and sugars, which is why it would be better to avoid their onset.
High doses of nerves such as alcohol, caffeine, theobromine and theophylline can make symptoms worse. The same applies to certain drugs (ibuprofen, naproxen, acetylsalicylic acid, etc.).

In summary, the diet for Ménière's syndrome must have the following characteristics:

Other articles on 'Diet for Ménière's Syndrome'