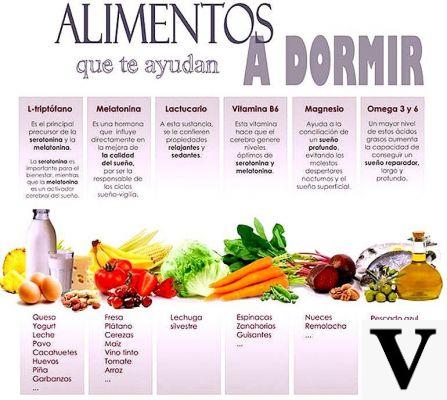 Insomnia means: "difficulty in falling asleep" or "unrefreshing sleep"; it is a prevalently chronic and very frequent disorder, which in industrial countries reaches an average prevalence of 35% over the general population.

Other more detailed studies have shown a lower prevalence of insomnia, estimated at around 11% of the Spanish population and around 21% of the French and Japanese. The duration of insomnia varies from 7 to 14 years, but it seems that most of the people who suffer from it DO NOT address the subject even with their own doctor.
Insomnia is characterized by several aspects:

... which inexorably affect the quality of life.


Insomnia can be classified in several ways, but for convenience, a time criterion will be used below:

The therapy for insomnia should be aimed at extinguishing the causative agent, however, often the only symptomatological treatment (drugs) is essential to maintaining a minimum quality of life. NON-pharmacological treatment includes some behavioral modifications, psychotherapy and autogenic training; among the precautions concerning the lifestyle, the diet plays a fundamental role.

Diet is an often overlooked component of insomnia treatment; a person with an "orderly" lifestyle rarely (if not for major causes such as anxiety and depression) suffers from sleep disturbances.

First of all, the diet for the insomniac MUST provide for an energy distribution of meals adequate to the needs and lifestyle of the patient. Considering that insomnia often manifests itself as a difficulty in falling asleep, frequently worsened by poor digestion, or as a repeated prolongation of nocturnal awakenings sometimes caused by snoring or sleep apnea, it is possible to state that the evening meal significantly affects the etiology insomnia. Ultimately, it is advisable to divide the daily meals in the most balanced way possible; that is: 15% of the energy at breakfast, 5% in mid-morning, 40% at lunch, 5% in mid-afternoon and 35% at dinner.


The evening meal is one of the two main meals of the day but its nutritional importance should NEVER exceed lunch. Digestion is an active process that engages the human body (sometimes decisively), it follows that the excessive stress of the digestive system affects the quality of sleep by increasing the basal metabolism, heart rate, systolic pressure, ventilation and diet-induced thermogenesis; for this reason, in addition to preferring a distribution of meals that lighten dinner, it is essential to eat sufficiently digestible products about three hours before sleep (a fairly subjective requirement).

Obviously, on the other hand it would be necessary NOT to make the opposite mistake! Hunger induced by hypoglycemia (and not by appetite, mind you) also represents a potential cause for insomnia.

From a neuro-endocrine point of view, sleep is facilitated by the secretion of two hormones: melatonin and serotonin; on the contrary, it is significantly penalized by: adrenaline, noradrenaline and dopamine. These chemical mediators are synthesized by the organism on the basis of: feedback and inverse feedback, chrono-biology and circadian rhythms, and concentration of nutritional substrates. In particular, sleep hormones (serotonin and melatonin) need a sufficient supply of:

Furthermore, the diet for insomnia should take into account other fundamental biochemical aspects related to the presence of molecules that adversely affect sleep:

There are also some natural remedies such as the infusion or decoction of medicinal herbs; these are usually harmless practices that perform a more or less favorable function also based on the PSYCHOSOMATIC reaction of the user (placebo effect). The most common are: Melissa, Escolzia, Hawthorn, Chamomile, Melatonin, Lime and Hops.

The diet for insomnia does not represent a real guide to the treatment of the disorder but rather a set of useful indications to prevent its onset.