Esophagitis is an inflammatory lesion that affects the tissues of the esophagus.
Belonging to the digestive tract, the esophagus represents the duct which (thanks to a peristaltic action) carries food from the mouth to the stomach. 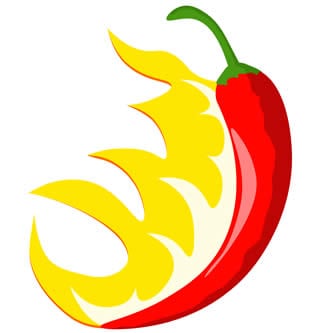 Esophagitis can cause pain and difficulty in swallowing, and chest pain.
The causes for which it occurs are attributable to gastroesophageal reflux disease (GERD), infections, autoimmunity, use of certain oral medications and some allergies.
Treatment for esophagitis depends on the underlying cause and the severity of the tissue damage. Most of the time, a diet against gastroesophageal reflux is needed.
Left untreated, esophagitis can damage the mucosa, interfere with normal esophageal function, and induce various complications (scarring, strictures, and difficulty swallowing).

Normally, the acidic contents of the stomach are isolated from the esophagus by a valve structure called the lower esophageal sphincter.

If this valve does not close properly or opens out of time, stomach contents can flow back into the esophagus causing gastroesophageal reflux.
When acid reflux becomes frequent or continuous, the condition is called gastroesophageal reflux disease (GERD).
The main complications related to this pathology are chronic inflammation and tissue damage. Remember that GERD is related to the onset of Barrett's esophagus, which in turn predisposes cancer of the esophagus.

For the prevention and treatment of reflux oesophagitis, the most important factor is undoubtedly the dietary and behavioral factor.
Risk factors for reflux esophagitis are:

How to organize the diet

Fragmentation of Meals and Reduction of Portions

The portions and meals of those suffering from reflux esophagitis should be moderate.
To avoid distorting the energy intake, this dietary correction is based on:

The table shows an example of switching the normal diet to that for esophagitis. The energy intake remained unchanged, the nutritional quality increased, and meals and courses were divided

The reflux esophagitis diet requires an increase in overall digestibility; in this regard, it is necessary to make the following changes:

Other Foods to Avoid

In addition to those mentioned in the previous chapter, there is a range of foods that worsen the state of reflux oesophagitis:

Other articles on 'Diet for Esophagitis'