Bulimia nervosa is an eating disorder (DCA) characterized by the fear of gaining weight and a strong desire to lose weight.
Typical attitudes of the bulimic include excessive food restriction and loss of control over food.
Discontrol results in binges and is followed by purging methods, such as self-induced vomiting or the use of laxatives. Some practice motor compensation by carrying out excessively intense and / or prolonged physical activity (often fasting). 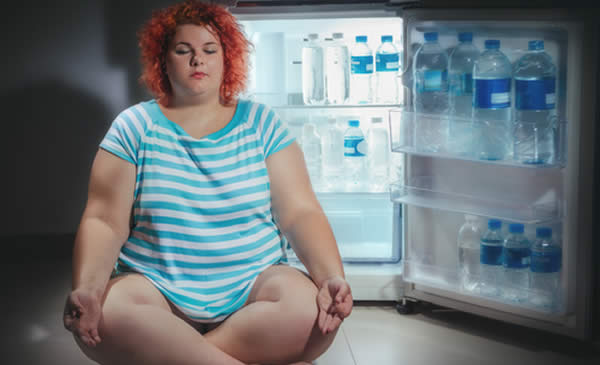 The causes are unclear and it is assumed that the pathological mechanism concerns the psychic and socio-cultural sphere. Bulimia nervosa is often affected by psychiatric comorbidities such as anxiety symptoms or disorders, depression, self-harm, and obsessive compulsive syndrome. Alcohol abuse and drug use are sometimes associated.
Complications related to bulimia nervosa are of various kinds.
Mentally, if left untreated, this condition can worsen and become chronic. Sometimes, it turns into anorexia nervosa.
As for the physical aspect, bulimia does not necessarily cause excessive weight loss. On the contrary, cases of normal weight or overweight also seem frequent. This means that the risk of malnutrition is lower and less severe than for anorexia nervosa.
However, some complications related to compensation methods may be shown. Among these: dental or oral cavity diseases (for self-induced vomiting), intestinal disorders (for laxatives), metabolic problems (hypoglycemic peaks, hypotensive, fainting, etc.). muscle-joint (excessive fatigue and stress for physical activity), specific vitamin and / or saline nutritional deficiencies.
Treating bulimia nervosa is difficult. It is based on the multidisciplinary intervention that recruits four distinct professional figures: psychiatrist, psychologist, internist and dietician.

The diet plan for bulimia nervosa does NOT have a curative value; in fact, it subordinates to adequate psychological therapy (for example behavioral therapy) and psychiatric (drugs).
The diet is however necessary to restore nutritional balance and has a very important educational function. In particular, it helps the bulimic to reorder the diet and acquire control over food, allowing him to manage the diet without leading to purgation / compensation.
Before continuing, it should be noted that the treatment of bulimia nervosa is not easy. Most cases require several attempts; on the other hand, the perception of failure can aggravate the psychological condition.
Bulimics don't like to talk about their disorder. Typically, this confidentiality is caused by shame over one's behavior and sometimes one's appearance.
When bulimia nervosa creates a balance between binges and purgation / compensation methods, allowing you to maintain weight, a difficult condition to “unblock” arises. Unfortunately, by hiding their behaviors, the bulimic delays the medical diagnosis by several months or even years compared to the appearance.
NB. Often, the bulimic hides the real goal of compulsive motor activity (weight loss), disguising himself as a competitive sportsman.

Characteristics of the Diet

WARNING! bulimia nervosa is NOT a condition that can be treated on its own. Consultation by specialists at specialized centers is recommended.
The diet for bulimia nervosa must show some indispensable characteristics, which concern the food and especially the psychic-behavioral sphere.

The table summarizes some of the fundamental elements for the diet of the bulimic subject.