Diet and Herpes: Defeat it at the Table

Importance of a Proper Diet

"Make food your medicine": this maxim of ancient origins, daughter of Hippocrates, can also be confirmed in the fight against herpes.

More than a cure, however, it is better to talk about prevention, since herpes cannot be defeated definitively but at the most made harmless. 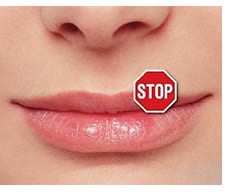 Similarly, the diet against herpes has no curative value when the disease is in the acute phase; it is therefore unrealistic to hope that the annoying bubbles will subside thanks to miraculous foods, even if the integration of specific nutrients in high doses has shown encouraging results.

What is certain is that a specific diet, and a healthy diet in general, can have an excellent preventive value. In fact, we know that herpes finds the fertile ground for its replication in the host's poor immune defenses, resulting in the appearance of annoying liquid-filled blisters. To prevent these unpleasant manifestations, it is very essential to keep the body's immune defenses high, also thanks to the very important contribution of nutrition.

The herpes diet is based on a series of scientific evidence, most of which is awaiting confirmation.

Several studies, in fact, have attributed to some specific foods and supplements the ability to prevent or even fight herpes; however, mainstream medicine interprets these researches with cautious skepticism, given the scarce amount of studies in this regard.

One of the most popular advice, when it comes to diet against herpes, is to increase the dietary intake of lysine by reducing that of arginine; this latter amino acid, in fact, seems to promote the replication of herpes viruses, which synthesize proteins much richer in arginine than human ones.

Lysine has the ability to antagonize arginine from a metabolic point of view, competing with it in various biological reactions. This advice translates, in practical terms, into the reduced consumption of foods such as peanuts, walnuts, hazelnuts, refined sugars, dried fruit in general, and chocolate, preferring foods in which the arginine / lysine ratio is lower, such as animal proteins, dairy products and legumes. In addition, particular attention should be paid to cooking methods capable of preserving or making lysine less bioavailable; according to some studies, the amount of bioavailable lysine is reduced by cooking temperatures that are too high, or by the association with a reducing sugar (for example fructose, glucose, or lactose), sucrose or yeast during cooking. The presence of humidity, on the other hand, seems to preserve the bioavailable lysine; for what has been said, steaming and boiling are in this sense preferable methods to frying and grilling.

As for any food supplements, the intake of 500/1000 mg of lysine two / three times a day, while the specific embankment supplementation so dear to some sportsmen should be avoided. Lysine supplementation should be shifted towards the maximum dose of the recommended range in case of active herpetic manifestation.

In the current state of knowledge, this dietary approach to the problem of herpes seems acceptable, given the considerable amount of studies in this regard and the absence of side effects related to specific lysine supplements (up to 6g / day). It should be noted, however, that scientific studies seem to focus more on the additional administration of lysine than on the reduction of foods rich in arginine, which would risk - among other things - creating food imbalances. Bitter cocoa powder, for example, is one of the foods richest in flavonoids, many of which in vitro have shown interesting antiviral properties; as a result, a quality dark chocolate with a high percentage of cocoa could even be useful in the prevention of herpes.

For evidence of efficacy consult the notes at the end of the article, for the purchase of lysine in powder or tablets you can refer to this link.

Although there is a belief in official medical circles that vitamin C does not produce any beneficial effect in the treatment of colds and other viral diseases such as herpes, there are some studies (as well as empirical evidence from many regular users) that underline its effectiveness. immunostimulant of this vitamin. In fact, we know that ascorbic acid is essential for some cells of the immune system, such as phagocytes and T cells. Nevertheless, only in the presence of specific deficiencies the additional administration of vitamin C through specific supplements seems to be able to improve the immune defenses. Examining the recent bibliography, it also appears that intravenous administration of vitamin C is effective in alleviating the pain and itching that characterize the recurrence of herpes zoster (shingles). Very few bibliographical references on the usefulness of megadoses of vitamin C (> 3 g / day) in accelerating recovery during the acute phase of the disease.

With regard to any food supplements, in terms of prophylaxis it is suggested the specific intake of 180/500 mg of ascorbic acid-L per day.

In the current state of knowledge, the daily supplementation of vitamin C at the indicated doses seems acceptable, if not recommended; different speech for the megadoses of vitamin C (> 1g / day), a practice not accepted by official medicine and in vogue only among a few "fanatics" of this vitamin; under medical advice a very high dose of vitamin C (up to five grams) can be taken, dividing it into at least three daily intakes, at the onset of herpetic prodrome (the first symptoms of the disease, such as a sense of heat and local itching). At a dose of 2g / day there is the so-called Tolerable upper intake level (UL), i.e. the maximum dose of vitamin C which presumably does not create toxicity problems in healthy individuals. As for foods rich in vitamin C, we invite you to consult this article, also bearing in mind the good rules for preserving the ascorbic acid content in foods.

Even more limited, and less reliable from a scientific point of view, is the evidence on the usefulness of zinc taken orally in the prophylaxis and treatment of herpetic infections. This mineral, which abounds in diets rich in fish, red meat, cereals, legumes and dried fruit, should be integrated into doses of 15/20 mg / day, taking care to add - in case of chronic administration - a copper supplement to prevent specific deficiencies induced by this practice.

In the current state of knowledge, zinc supplementation is not recommended in the prevention or treatment of herpes.


Other articles on 'Diet and Herpes: Defeat It at the Table'

Audio Video Diet and Herpes: Defeat it at the Table
Diet and Diabetes: How to Deal with Fiber, Salt and Alcohol ❯

add a comment of Diet and Herpes: Defeat it at the Table