Diet and Depression: What Relationships 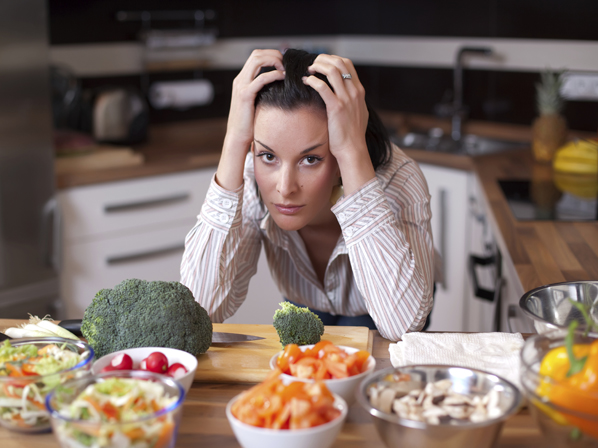 Diet and our attitude towards food influence and are influenced by our mood.

Depression is a disorder in which the mood loses its physiological character of flexibility, is reduced and is no longer influenced by positive situations.

Typical symptoms of diet-related depression are: changes in appetite and weight loss (-5% per month) or, less frequently, a sharp increase in appetite with consequent weight gain.

Le low calorie diets they constitute an important risk factor for the onset of depression, especially following the intake of anorectic drugs; this has negative effects on emotions and behavior. Some of these pharmacological principles also induce a sense of euphoria which gives way to a more or less severe depression upon discontinuation of therapy.


Other drugs associated with weight loss diets favor the onset of moodiness, fatigue and sedation; the association of these molecules with antidepressants is absolutely contraindicated. Furthermore, the diet is often interpreted and performed in an irrational way, without specialist control, negatively affecting the subject's state of nutrition. In both predisposed and non-predisposed individuals, an inadequate low-calorie diet can promote depression.

Effects of Food on Mood

The habit of inserting coffee and alcohol diet can negatively affect recovery from depression; the depressed person tends to abuse certain substances in an attempt (in vain) to alleviate their suffering.

Coffee has a psychostimulating action and its repercussions on the nervous system (and therefore on depression) are dose dependent. In most depressed people, the worst time of day is waking up in the morning; therefore, drinking coffee according to one's habits (but avoiding its abuse), in addition to being normal, could also be useful; consumption in the evening must necessarily be avoided.

The diet should not contain alcoholic beverages, as the disinhibiting action of this nerve worsens the emotional state of the subject suffering from depression. Furthermore, alcohol interferes with antidepressant therapies, worsening the undesirable effects: weakness, drowsiness, arterial hypotension w physical disorders of various kinds. This leads to a reduction in the effectiveness of the treatment.

Many other molecules in the diet affect the brain and depression. This is the case ofhistamine, an exciting neurotransmitter which, if introduced in excess, can trigger severe headaches and anxiety, consequently worsening the emotional state of the depressed person (scombroid syndrome). In food, histamine is mainly present in fish products such as oily fish and represents an index of poor conservation and bacterial contamination.

The high intake of glutamate - another amino acid that acts as an exciting neurotransmitter, as well as a food additive used as a flavor enhancer - can cause the alteration and worsening of mood, favoring neurovegetative crises with profuse sweating, nausea, vomiting, headache and severe fatigue (Chinese restaurant syndrome).

La tyramine is an amine derived from the amino acid tyrosine and, in addition to being a marker of bacterial contamination, therefore of poor conservation, it is present in good quantities in: cheeses, processed meats, soy sauce, red wine, fish, chocolate, bananas and alcoholic beverages. It stimulates excessive noradrenaline discharges, facilitating throbbing headache, tachycardia and heat in the face. Both the side effects of excess glutamate and those inherent in excess tyramine in the diet can significantly worsen the symptom picture of depression.

Turning attention to macronutrients that make up the diet against depression, it is essential that the intake of carbohydrates does not disregard the percentages recommended by a good and healthy diet; a chronic lack of sugar intake (associated with a significant increase in fat) could initially cause a state of hypoglycemia with related symptoms and side effects.

Only following the ketoacidosis induced by hypoglycemia, the brain can become habituated to a NON physiological condition and enjoy an almost euphoric state of well-being induced by blood poisoning; in consideration of the known destructive consequences of ketone bodies on other organs of the body and of the typical mood swings, the ketogenic diet is not considered a valid therapy against depression. On the other hand, even the excess of carbohydrates (> 70%) at the expense of proteins and fats causes noteworthy undesirable effects; the most relevant are: decreased use of glucose by brain tissue, confusion, slowdown and lethargy.

Not only the quantity but also the quality of nutrients in the diet can positively or negatively affect symptoms of depression. In fact, in the medium and long term, the fats contained in the diet significantly affect the composition of the lipids contained in the neural membrane of the brain. A good supply of essential omega 3 fatty acids guarantees the integrity and optimization of the mileinic coatings of neurons (making up the white matter of the brain) to the benefit of nerve impulses; on the contrary, a diet rich in cholesterol, with an excessive intake of arachidonic acid and an inadequate omega3 / omega6 ratio seems to have a negative effect on learning, on memory and, due to the nerve transmission deficit, on mood ( already altered in depression). Obviously, a diet rich in omega 3 is distinguished by the mirrored therapeutic effect.

Although it has little to do with diet in depression, remember that thephysical activity it represents the major adjuvant to pharmacological therapies for the fight against endocrine decompensation typical of this pathology; it induces a noradrenergic stimulus and an endorphinic release such as to favor the improvement (more or less important depending on the severity of the disease) of the symptoms of depression.

In summary, the anti-depression diet must be:

add a comment of Diet and Depression: What Relationships