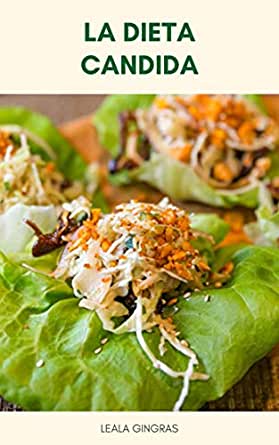 La diet against candida aims to prevent the excessive proliferation of this microorganism, depriving it of nourishment and strengthening the body's immune defenses.

Candida albicans is a saprophytic fungus commonly found in the oral cavity, gastrointestinal tract and vagina; the adjective saprophytic emphasizes its ability to benefit the human body without harming it or bringing benefits.

The proliferation of candida is in fact controlled by the immune system, by the probiotic bacteria that populate the intestine and by the lactobacilli of the vaginal flora. Only when these defenses are undermined by factors such as severe stress, the use of antibiotics and excessive vaginal hygiene, candida takes on pathological connotations; in this case we speak of candidiasis, a disease whose manifestations can affect the skin, the vagina, the skin and, in immunocompromised individuals such as HIV positive at an advanced stage, the whole organism.

Many advocates of holistic medicine believe that the overgrowth of candida in the human gut (intestinal candidiasis) is responsible for symptoms such as depression, moodiness, fatigue, memory loss, headaches and an inordinate craving for sweets.

The same authors try to remedy the problem through a series of dietary rules, useful for rebalancing the local microflora and reducing the number of these mushrooms.

These rules are the foundation on which the candida diet is built, first proposed to the general public through the book The Yeast Connection: A Medical Breakthrough by Crook, WG, released in the United States in 1983.

Before examining the principles on which it is based, let's start by saying that there is no certainty about the usefulness of this diet, much less about the link between the above symptoms and intestinal candidiasis.

On the other hand, excessively reducing the variety of foods consumed risks not only making the diet monotonous, too restrictive and as such difficult to follow, but also causing - in the long run - significant nutritional deficits. For this reason, before embarking on the diet against candida, it is very important to contact an expert in the field, such as a doctor or a nutritionist.

The basic rules of any diet to defeat candida require the removal of sugars, alcohol and foods rich in yeasts and mycotoxins.


For this reason, at the top of the "black list" we find sucrose, fruit (both sugary and dried), most of the cereals, sugary and alcoholic drinks (in particular beer), smoked foods or foods rich in preservatives, peanuts, vinegar, bread (unleavened bread allowed) and hard cheeses.

On the other hand, the candida diet encourages the consumption of unsweetened yogurt (as a food rich in bacteria useful for intestinal health), specific probiotic and prebiotic formulations, garlic, turmeric and various foods. fermented like miso or kefir.

The anticandida diet gives a lot of space to some supplements, such as the aforementioned probiotics (especially bacteria of the genus Lactobacillus), prebiotics (FOS and inulin), caprylic acid, sorbic acid and sorbates, and complements based on soluble fibers (pectin, guar gum, psyllium and flax seeds) .

For its part, herbal medicine suggests the use of:

Duration of the Diet

The duration of the candida diet depends on the general health of the organism, the severity of the symptoms and their duration; in this regard, there are conflicting opinions, but people who respond successfully to diet therapy say that it is necessary to follow it for at least four weeks before seeing the first results. For many others it is about months.


The food choices of the first weeks are particularly rigorous, so much so that the overall carbohydrate intake can drop below 60 grams. Of course, the above factors must be taken into account, as well as the patient's gender, body structure, physical activity and initial weight.

As symptoms improve, the anticandida diet may become less strict, but to avoid relapses it is good to continue to moderate the consumption of simple sugars and medium glycemic index carbohydrates.

Other articles on 'Diet and Candida'