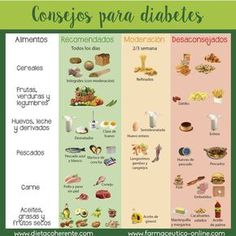 Hypoglycemia refers to an excessive reduction in blood glucose, which should be between 70 and 99mg / dl when fasting.
Blood sugar naturally rises after meals and is lowered with fasting or prolonged motor activity. However, the healthy body is able to counteract both the surge and the collapse of blood glucose, ensuring the restoration of normalcy quickly.
The circulating sugars serve to feed the cells of the whole body, which is why their defect can cause the malfunction of various tissues. The most serious decompensation is constituted by the suffering of the brain.
Symptoms of hypoglycemia are: hunger, nausea, groans and stomach cramps, blurred vision, tingling, headache, paleness, hypotension, mood disturbances, fatigue, drowsiness, confusion, movement disorders, etc. In very severe cases, usually related to other diseases or severe fasting, fainting, convulsions, transient paralysis and death also arise.
Sensitivity to hypoglycemia is highly subjective, and not all people complain of the same symptoms or the same level of severity.
The causes of hypoglycemia are many and range from simple individual tendencies to real diseases (functional malabsorption, anorexia nervosa, renal failure, etc.) or pharmacological errors (eg excess of exogenous insulin).

In the absence of disease, hypoglycemia can be caused by one or more of the following factors:


NB. The food that best expresses all these characteristics is glucose syrup.

From a nutritional point of view, the molecules capable of promoting the increase in blood sugar are mainly those of a carbohydrate nature; Also referred to as sugars or glycides or carbohydrates, these molecules are part of foods in various forms or chemical structures.
The only sugar that can be absorbed and released into the blood directly is free glucose, while the others require digestion and / or metabolic conversion:

The products that contain the most carbohydrates belong to the III, IV, VI and VII basic food groups. However, remember that even milk, despite belonging to group II, contains a good dose of carbohydrates.
To combat hypoglycemia, if the diet is not rich enough in carbohydrates, the body is able to:

However, even these "fallback" mechanisms have a limit, which is why dietary carbohydrates are defined as "fundamental, albeit not essential".

Scientific research maintains that a sedentary person should consume at least 120g of carbohydrates per day; this value corresponds to the minimum glucose requirement of the central nervous system.
However, in practice, the demand for carbohydrates varies according to subjectivity and the level of physical activity.

Below we will summarize the basic rules for the prevention of hypoglycemia (assuming the absence of diseases):

What to do in case of a Hypoglycemic Crisis