Diet against hemorrhoids: which foods to eat and which to avoid

Nutrition to fight and prevent hemorrhoids it is rich in whole grains, fruits and vegetables, legumes. Let's find out better. 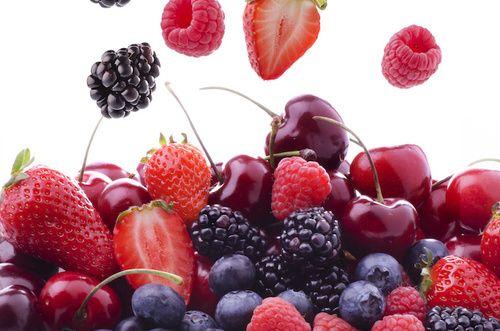 The term hemorrhoids comes from the Greek hâima, which means blood, and rhêin, to flow; therefore it means blood flow. These are dilations of venous and arterial blood vessels that can occur universally in adults and children.

When they are below the dentate line they are called external; we speak, instead, of hemorrhoids internal to indicate those located above the dentate line. If I'm asymptomatic should be considered normal. They become pathological when they become inflamed and dilated. The disorder is very common and affects men and women of any age, although the incidence increases in older people.

The factors that affect the inflammation of hemorrhoids and on the onset of haemorrhoidal disease are not yet clear. Surely there is a hereditary component, but both nutrition and lifestyle greatly influence, so much so that the disorder is enormously more widespread in Western populations, in which disorders referable to hemorrhoids are observed in at least one out of two subjects.

La constipation it is a condition that strongly predisposes to this disorder. Other risk factors are:

Both external and internal hemorrhoids they can protrude and then spontaneously regress or require manual intervention. They are not always painful. The pain is more intense during defecation. Other less common symptoms are mucus release and a feeling of incomplete evacuation.

Hemorrhoids they are classified into four degrees, according to severity

The choice of therapy depends on the severity of the disorder, but cannot be separated from aadequate nutrition.

Nutrition to fight and prevent hemorrhoids

THEnutrition plays a fundamental role both in the prevention and in the treatment of hemorrhoids. The first and perhaps most important therapy consists, in fact, in the regularization of intestinal function and defecation through an adequate diet. It is also important that stools remain soft to reduce strain during bowel movement.

It goes without saying that thenutrition for hemorrhoids it is rich in fibers and that is mainly, of fruits and vegetables, whole grains e vegetable. It is also essential to hydrate the body sufficiently by drinking at least one and a half liters of water a day. On the other hand, drinks that can irritate the intestine and therefore above all all alcoholic beverages, but also coffee, should be avoided.


It is good practice limit the consumption of foods that irritate the gastric mucosa, for example fried foods, chocolate and spicy foods. Furthermore, the diet should not be rich in refined sugars and animal fats, especially sausages and particularly fatty cheeses.

In case of overweight or outright obesity, the diet must also be aimed at weight loss.

Finally, it is preferable to consume foods that promote circulation, for example all red fruits (cherries, raspberries, blueberries), as well as foods rich in zinc, which help to preserve the integrity of the venous walls.

The haemorrhoidal disease has been known since ancient times and is already mentioned in Egyptian papyri from 1700 BC and in Babylonian documents from 2500 BC.

The disorder of hemorrhoids is mentioned several times in the Bible, in the Old Testament, and, among other things, it is referred to as God's punishment for hitting the Pharisees.

The treatments of hemorrhoids in history have been different; starting from the time of Galen and up to the early twentieth century, leeches were used.

Natural supplements for hemorrhoids: which ones and when to use them

Other articles on hemorrhoids:

Audio Video Diet against hemorrhoids: which foods to eat and which to avoid
Kamut bread: benefits, nutritional values, recipe ❯

add a comment of Diet against hemorrhoids: which foods to eat and which to avoid