Depurative Diet: What to Eat? 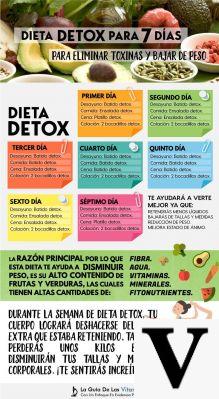 What is the Depurative Diet?

A purifying diet is a particular diet, aimed at enhancing the elimination of toxic substances present in the blood through a thoughtful choice of foods.

By following a correct diet it is in fact possible to assist the body's natural detoxification processes and reduce the amount of toxins originating during the various metabolisms.


A purifying diet must therefore be based on the consumption of foods that are easy to digest, low in fat and above all in proteins.

The nitrogenous wastes deriving from the hepatic metabolism of proteins are eliminated through the renal emunctory and it is these two organs that undertake most of the detoxifying activity.

The liver, in particular, is severely tested by food excesses (too abundant meals, alcohol abuse, etc.) and its overwork ends up slowing down the metabolic activity of the entire organism. Furthermore, if the quantity of toxins to be metabolized is excessive, its purifying capacity becomes saturated and these substances remain in the circulation.

In addition to reducing protein intake and limiting caloric intake, a purifying diet must promote optimal liver function, providing the liver with all the substrates necessary to support the various detoxification processes. In general, these substances are found in vegetables and whole foods, but also in animal ones such as eggs and fish, which - albeit in moderation - must still be consumed regularly.

Then there are some plants with a specific "hepatoprotective" activity even if this term, widely used in the past, is improper. Artichoke, boldo and milk thistle, for example, promote liver function, favoring bile secretion and consequently improving the health of the intestine.

A purifying diet must facilitate the elimination of toxins via the urinary and fecal routes (the third way, sweat, can be enhanced by physical activity or by staying in warm environments, such as the sauna and Turkish bath).


Diuretic foods on the one hand and those rich in fiber / laxatives on the other are particularly useful for this purpose; also in this case both effects are the prerogative of foods of plant origin. It is also important to keep the intake of liquids high, which can come from water or from unsweetened fruit juices, centrifuged and herbal teas.

Ultimately, therefore, every self-respecting purifying diet is rich in plant foods, poor in animal foods and focused on caloric restriction, without however reaching absolute fasting or unnecessary deprivation.

Often, when adjectives such as "purifying, purifying and detoxifying" come into play, an undoubted psychological conditioning comes into play, according to which it is necessary to "cleanse a tired body from hectic pace of life, pollution, poor diet and other stressful factors".

By exploiting this fascinating and particularly widespread belief, solutions without any scientific evidence, often excessive or even dangerous, are proposed; we thus see people running under the scorching sun wearing a thermal suit, others adopting at least questionable diets (fruit or raw food diet, scheduled fasting, etc.), still others resorting to enemas with the sole purpose of cleaning their intestines and so on.


Obviously, these additional and important stresses (dehydration, electrolyte imbalances, dietary deficiencies, etc.) certainly do not help an organism already tried by the presumed excess of toxins.

Foods Recommended and to Avoid

Some foods not recommended during a purifying diet (and to be moderated in that of every day): salt, smoked, toasted, excessively salty or fried foods, cold cuts, chocolate, sweets, coffee, fatty meats and excess food in general.

add a comment of Depurative Diet: What to Eat?