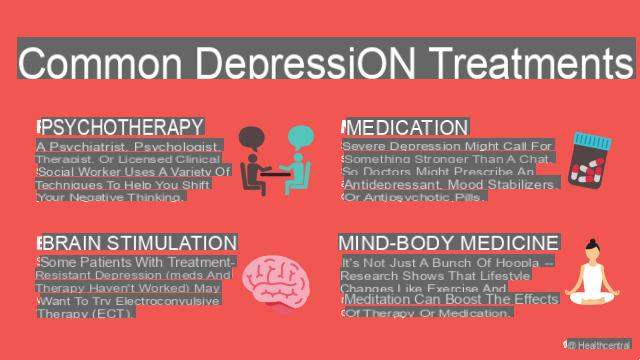 Depression is one psychiatric pathology rather widespread which can affect both adults - young and old - as well as children.

Contrary to what one might think, depressive illness does not only affect the patient's emotional sphere and mood, but also affects the body, influencing behavior and manifesting itself with physical symptoms.

Depression can occur in both male and female patients, however, it is estimated that the disease tends to affect the latter category most.

The term "depression" does not indicate a single type of disease, in fact, they exist diverse forme depressive, each with unique characteristics. Here are some of them:


All forms of depression with their respective characteristics are listed in the Diagnostic and Statistical Manual of Mental Disorders (DSM), now in its fifth edition (January 2021).

For further information: Types of Depression

How does Depression manifest itself?

The symptoms with which depression occurs can vary according to the depressive form that affects the patient and its severity, not to mention that there may also be a subjective variability from individual to individual.


However, here are some of the main symptoms that can occur in the presence of depressive disorders:

Depression can often be associated with anxiety and thoughts of suicide or self-harm.

How to cure Depression?

Treatment of depression depends on several factors, such as the depressive form affecting the patient and its severity. Furthermore, the therapy that the doctor decides to implement can also be varied according to the patient's response to the same treatment.

However, we can say that, normally, the treatment of depression has one combination therapy which associates a Pharmacological treatment to a psychotherapeutic treatment.

The drugs used in the treatment of depression are the so-called antidepressant drugs which include the following classes:


For further information: Antidepressants Drugs for the Treatment of Depression

What to do in case of Depression?

The answer to this question is not simple. Of course, the first thing to do would be to ask for help to the doctor, or to family, friends or confidants. It is important, in fact, to act from the very early stages of the disease to ensure one early diagnosis it's a timely intervention. It must be said, however, that those who experience depressive feelings often tend not to seek help, perhaps out of fear of being judged, out of shame or a form of rejection of this same disease.

For further information: Remedies for Depression - Dos and Don'ts