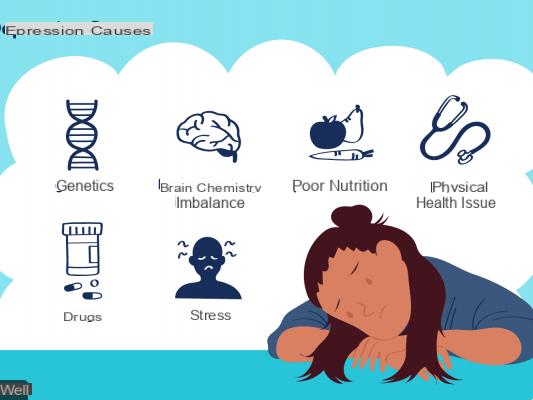 Depression can also appear after childbirth and due to chronic stress in the workplace (eg bullying or "burnout" syndrome). In elderly people, this manifestation often derives from the deterioration of the general conditions and situations of marginalization.

In seasonal affective disorder (SAD), depressive symptoms appear in a seasonal pattern, typically during the fall or winter.

* The symptom - Depression - is typical of diseases, conditions and disorders highlighted in bold. By clicking on the pathology of your interest you can read more information on its origins and on the symptoms that characterize it. Depression can also be a typical symptom of other diseases, not included in our database and therefore not listed.