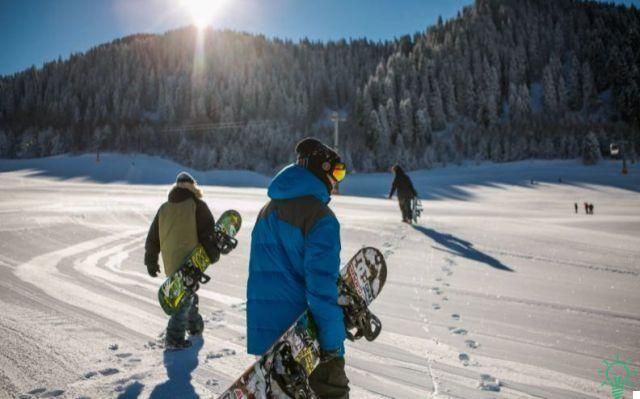 The concept of deliberate practice is by far one of my favorite topics: it marks the difference between doing things "just to do them" and practicing to achieve excellence and craftsmanship in a specific activity.

If you have ever studied a language, practiced a sport or played a musical instrument, you will have realized that:

In this scenario, deliberate practice is what can get you out of the flat zone, the one in which you no longer improve, to make you take the real leap in quality, pushing you to push your limits always a little further.

Before I talk about it in depth, let me tell you my first real experience face to face with it.

My experience with deliberate practice

Many years ago, I had a friend - Giulio - who had practiced competitive skiing for many years, since he was a child.

At one point, fed up with the usual skis, Giulio had switched to snowboarding and soon became very good.

On the contrary, I was a fairly mediocre skier, a real "snow bear".

So, when Giulio said to me "try the table, you'll see it's easy!" I threw myself headlong into this new experience asking him to teach me all the secrets of the perfect "surfing".

I collected falls and bruises of all kinds, but after a short time I was already capable, that is, I got off any track without risking the neck bone every time.

After each descent I would ask Giulio "how did I go?"

The answer was always "you kept your arm in the wrong position" or "the torso was fine, but the legs were stiff as wood", or again - shouted directly from the bottom of the track - "bend the legs !!!"

Let's say that the best compliment was “You weren't really bad, though…” - and then invariably started with the list of defects….

For me, the boxes turned a bit and I felt quite frustrated.

But I understood that Giulio gave me those judgments because, in turn, he had been forged by years and years of competitive spirit and very strict instructors.

I really liked snowboarding, indeed, it really excited me, and so, week after week, I dragged myself very early on the slopes to make curves after curves, obsessed with improving myself every time more.

They were the first years of the spread of this sport, still not many practiced it.


Well, after a few years, when everyone, absolutely everyone, began to "surf" on the snow, I realized that I - myself - who had never really excelled in any sport, had a class and elegance that made others stop to look at me.

I had achieved - almost unconsciously - a true mastery.

In one thing, by the way, that was certainly not part of my life goals.

When instead - ironically - still struggled in things that, theoretically, should have been fundamental for my future.

But I had intuitively discovered something really important, which from that moment on would allow me to change my abilities profoundly.

I had found out the essence of deliberate practice.

What is deliberate practice?

This makes it, qualitatively, very different from the "simple" practice.

In fact, in the latter, you just practice, repeating more or less the same routines over and over.

A bit like I used to do when I went skiing having fun but remaining, weekend after weekend, a clumsy snow bear.

In deliberate practice, however:

And it inevitably assumes that at certain moments you feel frustrated, tired, or simply "poor".

As we have seen in the cycle of change, it is a fundamental psychological moment (I have called it "the valley of despair") which, if you want to really improve, you must always overcome.

In fact, this is what, in my eyes, makes deliberate practice so exciting.

Because, after all, there is nothing that gives as much satisfaction as doing really well in something that has cost us sweat, effort and discipline.

The principles of deliberate practice, if taken into the context of study or work, they can give you successes beyond your wildest imagination.

But as you saw in my story, it is not strictly necessary to apply deliberate practice only to things that give you concrete and tangible benefits.

On the contrary: learning it with something that you are passionate about could be the best way to understand how it works, and then export it to other areas.

To say, I never started snowboarding at a competitive level nor did I start giving lessons, even though I could have.

However, my technique remains a great source of pride for me, even after so many years.

Only I know how much I really suffered to get it ;-)

And the lessons I learned by banging my butt against the ice rink I still carry with me in my work today.

This word brings us to the last piece of advice I give you today.

You see, reading books and articles on self-improvement is a great thing in itself, but it is an activity that, on its own, will get you nowhere.

Many tend to study the theory a lot, believing that this can be beneficial in itself, without basically understanding that the only thing that really matters is action.

You have to try, really get involved, questioning, maybe even collecting some failures and, as in my case, many but many falls.

The passion, the tenacity and the ability / luck to find a real teacher they can make a difference!

Spring: it's time to change your life! ❯

add a comment from Deliberate Practice: How to Learn to the Maximum of Your Possibilities