Decluttering: get rid of the superfluous 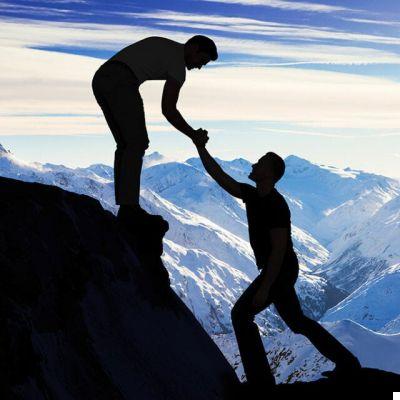 Living in the midst of disorder does not make life easier for us. For this reason it is important to periodically eliminate the things that are no longer needed: thanks to decluttering.

Most of us are getting used to being indoors for extended periods of time, which can mean - kids and work aside - more time to spend on housework that you put off.

Let's find out what decluttering is

Decluttering is an English term that literally means make room. How many times do we feel too burdened by surrounding situations or environments? It happens often and there is not always the possibility to leave everything behind and clean up the space around us.

Certainly we can make cleanliness and space in our daily environment, be it the office or even more importantly the home environment.

Returning home and finding a comfortable, light and at the same time dynamic environment (because it offers everything we need) is the first step to abandon much of the accumulated stress.

Decluttering is the art of freeing yourself from superfluor, to let go of the material weights that are often associated with emotional implications. Getting rid of unnecessary objects is the first step to detach from unpleasant memories that keep us anchored to the past.

In this article we focus on how to do decluttering and how to do it thanks to technology.

Get rid of the paper

Your phone or tablet can do a quick job of converting all your paper documents by turning them digitally, and organizing them securely in the cloud. Several applications use the phone's camera as a scanner, converting photos to PDFs and cropping documents.

One of the most useful applications for this task is Google Drive because it makes text within PDFs searchable, and offers a variety of ways to manage scanned documents (including favorite folders and files that are tagged with the same as in Gmail. ). Unfortunately, the scan-to-PDF feature is only available in Google Drive for Android.

You can upload files using Google Drive for iOS, but it's a long process. Take a photo of a document as you would any other photo using the iPhone camera app, then from Photos on iOS, select the image and tap Share. Choose Print, then on the next screen pinch the image, which converts it to a PDF, tap Share again, then choose More and Copy to Drive.

iOS has its own document scanner inside Notes, just open the application, create a new note, then tap the camera icon above the keyboard and scan the documents. As with Google Drive, you get cropping and rotation options, and once the document is saved as a note you can easily export it to another app if needed.

There are other apps, which have the same functions, the best are ScanBot and Camscanner: both are available for both Android and iOS.

Sell ​​the things you don't use

You may already be familiar with online selling tools like eBay and Facebook Marketplace but you may not know how easy it is to create ads from your phone - take a few photos, write a description, and you're almost done without opening your laptop.

This doesn't mean you need to rush to create ads. The more time and effort you put into it, the better prices you will get. Take as many photos as possible, be honest about the damages and shortcomings, and watch other similar ads for inspiration before creating your own.

In this way you can get rid of many unwanted things: old toys, unused clothes, that exercise bike you have never had to deal with. You can sell almost anything, no matter how old or even broken, as long as you are realistic about the price: see it as a decluttering exercise rather than a money-making scheme, and you will find that people are only too happy to take your business off. stuff out of the hands, even just for spare parts.

The obvious big name in the industry is eBay for Android and iOS, and it's especially good if you have larger, more expensive items to get rid of. It attracts a huge network of buyers and has various built-in protections to ensure the safety and security of both buyers and sellers.

Facebook Marketplace is integrated into the Facebook application for Android and iOS. It works well for local business, especially if you are looking to get rid of used or damaged stuff in some way, but you can also publish articles anywhere in the country. Again, be sure to read the advice Facebook gives to sellers to keep you safe.

While they don't have the reach of eBay and Facebook, both Letgo (Android, iOS) and OfferUp (Android, iOS) make selling very easy. And Letgo has the option of giving away your stuff, if you really want to vacate your home quickly.

Nextdoor (Android, iOS) is also worth seeing as a local app to give away or sell your unwanted items around the neighborhood. Of course, Craigslist is the elephant in the room when it comes to selling your stuff. It also has mobile applications (Android, iOS), and is definitely suitable for mobile, in-person transactions.

Digitizing paper documents and eliminating unwanted stuff are the two main ways to declutter using your phone, but there are plenty of other applications willing to help out too. Other tools are ready to help you get organized, for example, whether it's creating a to-do list or taking a searchable inventory of everything you own.

Google Keep (Android, iOS) and Notes (built into iOS) can put together recordings of practically anything, and they also offer intuitive ways to keep your notes organized. Other options for keeping track of your work include the ever popular Evernote (Android, iOS) and the more focused Todoist (Android, iOS).

Tidying up your home and possessions is a lot easier when you know exactly what you're dealing with, and Sortly for Android and iOS can help with that. You can add entries for all of your stuff, all tagged and categorized, attach pictures and specs, and even get estimated values ​​for everything you own, which is especially useful for home or renter insurance, or to replace the your belongings in case of disaster.

How about turning decluttering into a game? Different apps can “gamify” your to-do list, adding challenges and rewards along the way. A couple of my favorites are Habitica (Android, iOS) and EpicWin (Android, iOS) - both of which allow you to set specific goals and compete against other people (in order to involve your whole family in the decluttering process).

Think of applications that might be able to replace physical objects even in your home: do you need those piles of CDs with Spotify (Android, iOS) in your pocket? And could it be time to replace some of those paper books with electronic versions thanks to the Kindle application (Android, iOS)? There is also centriq (Android, iOS), which can replace all space-occupying product manuals with digital versions available with a single tap.

Finally, don't be afraid to use outside assistance to help free up space and simplify your life. Applications including TaskRabbit (Android, iOS) and Handy (Android, iOS) allow you to pay people by the hour to clean and tidy up, although you'll have to wait until social distancing rules are relaxed to make the most of these. applications.

Ultimately, the real goal of decluttering is to get a space that works well for your needs, in which you feel free to dedicate yourself to what you like best without the oppression of useless objects around us.

Disappointment in love: the ultimate guide on how to deal with it and overcome it ❯

In difficulties develops a resilient mentality

The importance of physical activity

Finding a diamond on a muddy road

add a comment from Decluttering: get rid of the superfluous