Curly's law and the secret of life

Or how a short dialogue from a 90s comedy with Billy Crystal and Jack Palance can teach you one of the most important life lessons. 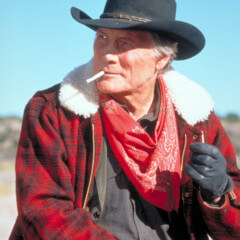 Remember the movie "I Run Out of Town" with Billy Crystal and Jack Palance as the consummate cowboy Curly Washburn?

Well ... I had already put it on the back burner for some time: until yesterday. Reviewing the film on a quiet Christmas afternoon I was struck by a dialogue between the two protagonists, which reminded me of what the real thing is. secret of life:

Andre ', you won't come and tell me that a' 90s B-movie has even the secret of life in its dialogues… but it goes there, it goes there!

Curly: You know who she is the secret of life?

Mitch: No, which one is it?

Curly: This. [holds up a finger]

Curly: One thing. Only one thing. You hold it tight and everything else can go to hell.

Mitch: Yeah sure, mah… what is this thing?

Curly: [Laughs] This is you who has to find out.

This brief dialogue is the basis of the so-called "Curly's Law": do one thing.

The power of this principle is contained in its elegant simplicity. No magic formulas, no Law of Attraction, no complicated techniques, just 3 words: do one thing.

How to apply Curly's Law in 3 steps

Ps. In the previous lines I mentioned you to 365 - An Epic Year.

This is an annual (per) course that I undertake every year, starting January 1st, with 1.000 new readers. Day after day I accompany them through daily challenges of personal growth, delivered directly via email (or through the dedicated app), in the realization of their most ambitious goals:

Parkinson's Law: Why We Waste Time and 5 Strategies for Quitting ❯

add a comment of Curly's law and the secret of life