Creativity: how to increase it while having fun 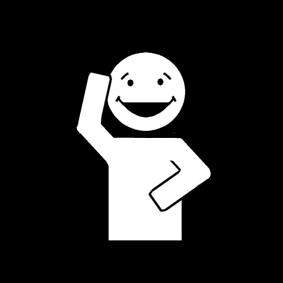 More and more people are wondering how this is possible increase creativity. In the times that
they run to be successful classical intelligence is not enough, yes
it requires a good dose of emotional intelligence and creativity. The techniques to increase creativity are many but
there are some small tricks that serve as a basis to put us in tune
with the creative flow, for example humor.
A few years ago neuroscience proved that when we laugh at a joke
about a third part of our brain is activated automatically. In this
way, Griffin, thought maybe this brain activation could
be used to increase creativity. A total of 87 university students were split
in three groups to which different stimuli were presented. To the first group
scenes from a sad film (Shindler's
List). A second group was introduced to cheerful music
composed by Mozart and a third was shown a funny movie in
which appeared a child laughing happily. Afterwards each participant
he had to complete some tasks that required a certain amount of creativity.
Result? Whoever saw the funny movie got the best
score and was more creative while whoever saw the sad film got i
worst scores. It should be emphasized that this idea is not entirely new
nor is it that surprising since we all know that when we are from
good mood we are not only more creative but also more productive. In fact, the possible relationship between humor and creativity is an idea that
it dates back to 1891 when the French philosopher Penjon assured that: “laughing is an expression of freedom, precisely
what allows you to play with new ideas ". Penjon postulated that humor and creativity go hand in hand
direction but different from that which logical thinking follows. Later, with the birth of Scientific Psychology,
There have been numerous studies that have shown how creative people are
have a very keen sense of humor. The next time you need to increase the
your creativity might choose to see a good comedy movie.
Creativity: how to improve it with Forced Association ❯

add a comment of Creativity: how to increase it while having fun