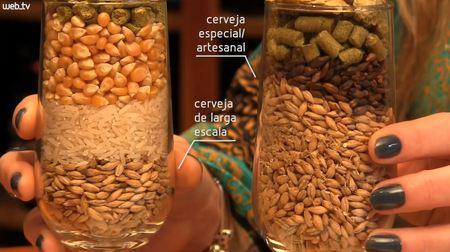 How to choose beer

Artisan or industrial, this is the dilemma. Let's try to understand which blonde is best to be conquered.

Parliament recently approved the definition of "craft beer" (The sun 24 hours), defining it as that beer produced by independent breweries (legally and economically) that uses their own production facilities and does not produce more than 200 000 hectoliters of beer per year; furthermore, this type of beer cannot be subjected to pasteurization and microfiltration processes. (Wikipedia.org).

Therefore, in addition to the annual production factor to be considered, there is also the pasteurization factor: craft beer is not pasteurized like industrial beer, i.e. it does not undergo the cooking process used to sterilize the beer, and which is normally done to ensure a better preservation of the product over time.

About craft beer we think in months of conservation, which often do not go beyond six, while for normal beer we speak of years.

The sterilization and microfiltration processes of yeast, characteristic of industrial production, also have their drawbacks: there is a risk of flattening the taste of beer, depriving it of aromas and fragrances that make the character and depth of a much appreciated drink.

Ingredients and costs of craft beer

Usually, in the case of the craft beer, in fact, one hears about filtration to the maximum, which ensures more particular taste notes and which make one beer distinguish from the other at an organoleptic level, allowing them to be appreciated more.

Master brewers and artisans use as much as possible natural ingredients and km 0; when you read "agricultural brewery" on the label, it is possible that even barley and hops come from the same territory.

Industrial beers, on the other hand, are sometimes produced with the addition of chemical additives, preservatives or with barley malt substitutes, such as rice and corn, which allow reduce production costs but they greatly compromise the taste experience.

Il price it is in fact another factor that makes the difference between the two types of drink. Therefore, the right price of a craft beer, as communicated by the magazine Artimondo, is not less than 3,50 euros for the 33cl bottle.

Ultimately, in artisan beer you learn to recognize and find nuances that are missing from other beers, which are part of the creativity of those who created them. But how do you learn to taste a craft beer? And above all, in the country, where do we find microbreweries?


The Microbirrifici.org site offers us a detailed map of the microbreweries scattered throughout the peninsula, divided region by region.

Also here you can discover them "styles, beers and glasses" in a special dedicated didactic section, furthermore, finally, you can also give a complete vote to the beer tasted and share opinions and opinions with other users.

Beer tasting courses and events they can be found constantly updated on the Union Birrai website, a site that also informs about dedicated Festivals and Fairs.

Audio Video Craft beers: what differences
Cereals as a source of energy ❯