Il copper it is a mineral useful against menstrual pain that has an important detoxifying action. Let's find out better.

> Effects of copper on the psyche and spirit 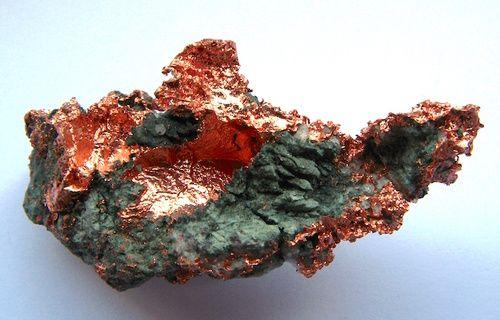 Il copper is a metal of reddish color and texture ductile and malleable. It is an excellent conductor of heat and electricity and has good corrosion resistance and low chemical reactivity. In humid air it slowly develops a greenish surface film called patina that protects it from external attacks.

It is a very common mineral that occurs naturally in the environment and is used in industry and agriculture especially for the manufacture of electrical and construction materials.

Pure copper is very soft and must be hardened to be worked, while copper alloys (such as brass, a zinc alloy, and bronze, a tin alloy) are hard and resistant, have high electrical and dielectric resistance. consequently they cannot be used as conductive material.

The highest concentrations of copper are found in the liver, in the heart, in the brain, even if bones and muscles contain more than 50% of the total present in the body.

Copper is found in all organic tissues, promotes the assimilation of iron by the intestine and acts as a catalyst for the formation of hemoglobin together with vitamin C, bones and enzymes that keep blood vessels and heart muscle elastic and protect against the aggression of free radicals.

It is therefore useful in cases of anemia, anorexia and asthenia, as well as arteriosclerosis and heart disease. Copper promotes cell growth and respiration, relieves cramps, joint or rheumatic pains and viral and bacterial inflammations.

Plays an antiseptic and detoxifying action against infectious and viral states, it increases the immune defenses and activates the metabolism. Copper increases the production of elastin and the formation of collagen, prevents wrinkles and skin sagging and acts on the maintenance of healthy skin. It supports the development of the female sexual organs and relieves menstrual pain.

Copper deficiency causes problems with anemia, degeneration of the nervous system and cardiovascular lesions, disturbances in bone formation, skin and hair pigmentation. Excess copper can cause intoxication and damage the intestinal flora, irritates the mucous membranes of the esophagus, pharynx and stomach.

The daily need for copper varies between 1,5 and 5 mg. In particular:

Copper among the useful remedies against menopause: discover the others 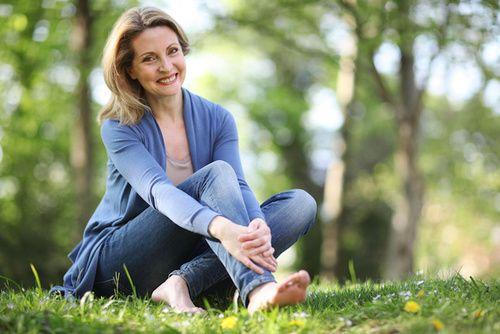 Effects of copper on the psyche and spirit

Copper stimulates dream activity and the world ofunconscious imagery, develops the imagination, facilitates the free expression of emotions. It favors the sense of aesthetics and the cultural growth of the individual.

According to oligotherapy, taking it in the form of a colloidal element allows the body to restore its balance, without deficiencies or excesses. Copper is used as an antiseptic and anti-inflammatory in the treatment of chronic infectious and inflammatory manifestations.

In the association Manganese-Copper it is used as a basic regulator of diathesis II called "hypostenic", recognizable by a slow response to stimuli, by the tendency to relapsing infectious processes at the respiratory, gastrointestinal and urinary levels and by poor resistance to physical and mental effort.

Manganese-Copper-Cobalt instead it has a function similar to that of Manganese-Cobalt as a complex regulator of diathesis III "dystonic" or "neuroarthritic", which groups together a set of morbid manifestations resulting from neurovegetative dystonia (circulatory and gastrointestinal disorders, hypertension, arthrosis, menopause problems, insomnia, anxiety). Copper-Gold-Silver it is instead used as a basic treatment for IV or "anergic" diathesis, the symptoms of which are physical and mental fatigue, depression, insomnia, sexual indifference and immune deficiency.


The Copper-Iron-Magnesium combination on the other hand, it is particularly suitable for low-calorie diets because it helps to follow the diet avoiding tiredness, irritability and drowsiness.

In crystal therapy, to obtain the desired results, it is used to put the mineral or minerals with a high copper content such as azurite, chrysocolla, dioptase, malachite in direct contact with the body.

Known since prehistoric times, copper was probably the first metal used to make rudimentary weapons, tools and implements. Copper objects have been found among the remains of many ancient civilizations, for example in Egypt, Asia, Europe and Greece. The Romans, who called it cyprus, they also used it for the realization of tools used for religious practices. The use of copper bracelets on the wrist to combat rheumatic manifestations and prevent infections was introduced about 6.000 years BC by the Chaldeans.

In 'Old Testament the Lord gives Moses the command: “For purification you will make a copper tub with a copper pedestal and fill it with water. Aaron and his sons will use this water to wash their hands and feet. So they won't die. They must wash their hands and feet in order not to die. This ritual prescription has absolute value for him and for all his descendants "(Exodus 30, 18-21). In ancient civilizations, copper was dedicated to female deities connected with the planet Venus, including Ishtar for the Babylonians and Astarte for the Greeks. It is traditionally used as a lucky charm to attract love and money.

Copper among the supplements against fatigue: discover the others!

Other articles on copper:

> Copper and zinc supplements for hair: when to use them?

> Why it is important to take copper

Audio Video Copper: properties, benefits, curiosities
Almonds, properties and how to use them ❯