Cooking salt, how to choose it 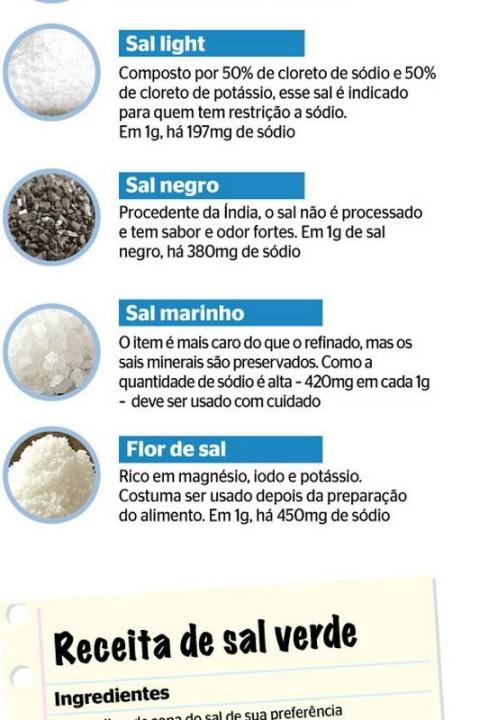 Salt, common name for sodium chloride, is a natural flavor enhancer used directly on foods to flavor them before consumption. It is also a powerful means of preservation and, generously sprinkled on food, it keeps them for a long time.

The latter property is due to his dehydrating effect, since water is a necessary food for every living being, including bacteria and molds, depriving food of 90% of water means transforming it into an inhospitable place for any microorganism.

It was in the Neolithic that salt became part of human nutrition, especially as preservative, only in later times did that change in "taste" take place which made it indispensable in terms of flavor and introduced it in the preparation and cooking of food.

there variable types of salt on the market, some very common, others rarer and more precious, which can be collected in two broad categories: the first includes salts mined and the second those obtained for solar evaporation o induced (via electric evaporators or water vapor chambers).
Rock salt, Himalayan pink salt, Persian blue salt and Indian black salt belong to the first category.

The various types of salt

Il rock salt (or mine salt), is extracted from underground deposits in the form of extended benches included in rocks of all geological ages, whose thickness can vary from a few tens of centimeters to several hundred meters.


Often the rocks that enclose it are clayey, or impermeable to water, favoring the conservation of the mineral, which would otherwise be diluted by groundwater. It is a fossil salt, originated from ancient marine deposits of millions of years.

It is almost always found refined, i.e. made up of sodium chloride in its pure state, and is therefore white in color. Rock salt can also be unrefined, that is, it can contain various dissolved minerals.

It is the case of the Himalayan pink salt, a fossil sea salt which owes its color to iron which is dissolved in it and which comes from the rocks that guard it. It is harvested by hand in the mines of Khewra, Pakistani Cashmere region, and is sold in large and irregular pieces to be grated directly on food.

A separate discussion deserves the blue salt of Persia, a mined salt from Iran, composed of sodium chloride mixed with potassium, which gives the salt its typical pink-violet color. It can be found on the market already ground or to be ground at the moment.

Il Indian black salt it is greyish-purple in color and has a very tending flavor sulfur, but which fades during cooking. Its use is preferable to that of common salt since it does not increase the percentage of sodium in the blood and it also has beneficial effects on sight.

To the salts obtained by solar or induced evaporation belong the fleur de sel, the unrefined sea salt par excellence, unrefined, very fragrant and particularly crumbly to the touch; the salt from Cervia, known as "sweet salt" due to the reduced presence of substances that normally give a bitter aftertaste (magnesium sulphates, calcium, potassium and magnesium chloride); the Sicilian salts of Marsala and Mozia, with an intense and persistent taste due to the high magnesium content; the artisanal salt from Trapani, which salts more than other cooking salts because it contains more potassium, more magnesium and less sodium chloride.

Among the most typical salts that come from the rest of the world, the Maldon salt (Esses Great Britain), which comes in the form of crunchy flakes; the black salt from Hawaii, which comes in large black grains, slightly sulfuric and with slight smoky notes; the red salt from Hawaii, which takes its name from the color of a particular natural clay of volcanic origin added during the evaporation phase; L'Australian Murray River Salt, extracted from the water of the most important Australian river, with a suggestive apricot nuance, due to the carotene of some algae present in the evaporation basins; the smoked salt from Wales, sea salt smoked with quesrcia wood; the sale kasher, of Jewish tradition, with large and candid grains.


Finally, there are types of salt intended for particular diets: iodized (added with iodine), iodinated (with potassium iodide) e low-sodium, which replace sodium chloride with a mixture of similar tasting salts.

Salt in the kitchen

Salt is an element normally present in most foods. It is obviously very rich in sodium (38,758 mg per 100 g) and also in calcium, it is fat and carbohydrate free. Excessive consumption causes hypertension and heart damage, kidney problems and fluid retention.

It is good to try to reduce consumption to a minimum by using other flavorings, such as spices and various smells. The salt should be kept in a dry place in an airtight container.

Il salt and salt, obtained by grinding, have different uses in the kitchen: the first comes added to boiling liquids or used for dry salting or for cooking in the oven of meat and fish (under an abundant layer), the latter directly on food.

In general, the appropriate time to add salt is at the end of cooking: only after having combined all the ingredients, in fact, it is possible to check exactly the degree of flavor of the preparation. Furthermore, it causes hardening of foods if added at the beginning of cooking (for example legumes and meat).

Read also How it is seasoned in the world >>

add a comment of Cooking salt, how to choose it