Contempt: the first sign of crisis in a relationship 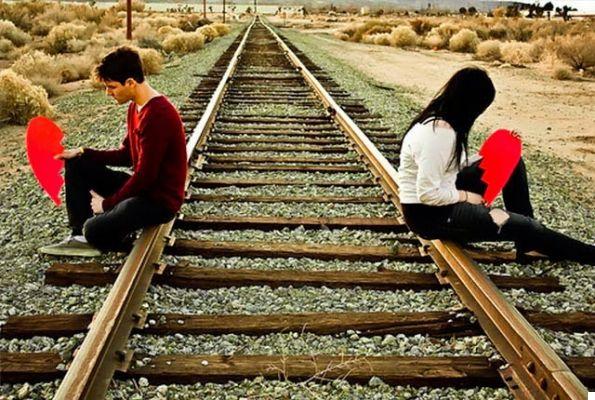 John Gottman is a psychologist who works at the University of Washington and has devoted much of his life to studying family dynamics and, in particular, relationships. After two decades of research he summarized his experience by indicating what is the main signal that usually announces a couple crisis quite accurately.

Contempt is not only a negative judgment but also includes fierce criticism, often made maliciously and without solid reason. Contempt is not a mere opinion, but implies lightness and low esteem for the other. As you can imagine, if a person begins to despise his or her other half, sooner or later the crisis arrives.

But the problem is that we are usually not aware of contempt as long as it is practically irreversible. So, if we want to avoid a couple crisis, it is better to remain vigilant regarding the small changes that occur in our daily life, especially in communication with each other.

5 changes in language that indicate contempt

That is, instead of asking for things gently or "please", simply give orders using phrases like "you must do ..." or "you better do ...". It is worth remembering that at one time or another, we can give Nordini, but in this case, the communication style changes, because we begin to perceive that we are better than the partner and we try to subdue it.

Contempt is expressed by making value judgments towards the other person. Phrases that convey the idea that the other is not capable enough, not trying hard enough, or not able to do things properly, are a warning sign that contempt has entered the relationship. In this regard, it should be made clear that these phrases are not intended to motivate the other person to improve, but simply want to point out the mistake by despising the other.


We all tend to generalize when we speak, but if we want to avoid a relationship crisis, it is better to be more precise in our communication with the partner. Phrases that include words like "always", "never", "every time" and "everyone" stand out like black clouds on the horizon. Some of the most common examples are: "you always leave the toilet lid open", "you never remember to buy eggs" or "every time we go out you end up screwing it up."

When faced with a problem, the person who despises often focuses on attacking the other instead of analyzing the problem. For example, he often says: "You have completely forgotten about me, I can't stand you anymore, you are so unromantic." When actually it would be more correct to say, "I know you have a lot on your mind lately, but I need you, and I think it would be good to spend time together." As you can see, the second sentence does not attack the person, but talks about the problem and offers a possible solution. In this way, the possibility of the other reacting negatively is minimized.

When one person belittles the other, he often neglects his feelings, ignores them and minimizes them. Obviously, this is the surest way to trigger a crisis in the relationship as one of the members feels misunderstood. Expressions such as: "you always complain" or "you always exaggerate" are a sign that we are despising the other.