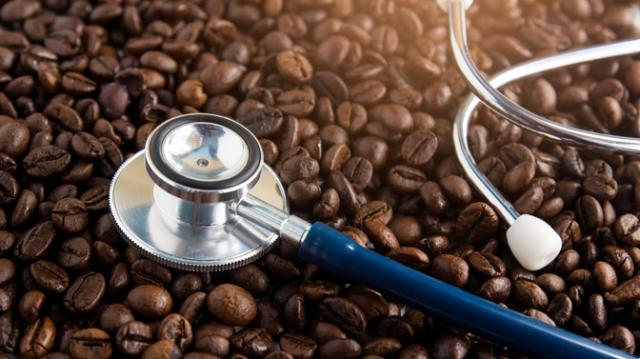 Coffee and metabolism: pros and cons

There are those who argue that coffee is bad for you and who instead supports its virtues; but where is the truth?

In answering this question one must pay attention to do not confuse coffee with caffeine which is only one of the many bioactive components of coffee.

A curiosity: it has been shown that there are genetic variants of some enzymes for the metabolism of caffeine. That is to say the enzymes that metabolize caffeine can be more or less fast in metabolizing it and this is genetically determined.

It is clear that whoever has the fastest enzymes in metabolizing caffeine removes the substance more quickly and is less affected by all its effects, both desired and unwanted. This person can drink more coffee than someone with a slower metabolism of caffeine, and after ingestion they have caffeine in their blood for a longer time.

This explains, at least in part, why some people drink coffee after dinner and sleep while others stay awake if they consume coffee in the late afternoon. All those who slowly metabolize caffeine must limit the use of caffeine, and therefore also of coffee: women during pregnancy and breastfeeding, children, patients with cirrhosis and in general all those who empirically suffer the most from effects of caffeine and are therefore likely to be genetically "slow metabolisers" of caffeine.

Pregnant women need to reduce to a cup or even eliminate coffee also due to potential adverse effects of caffeine on pregnancy and the fetus. Patients with gastritis, ulcers and cardiac arrhythmias (atrial fibrillation) must limit the consumption of caffeine.


On the other hand, the beneficial effects of coffee on health are manifold and they sometimes depend on caffeine, but for the most part probably on other substances contained in coffee (minerals including potassium, calcium, magnesium, phosphates, sulphates; vitamin precursors such as trigonellin; antioxidants and alkaloids).

The effects of coffee on reducing the sense of fatigue and reaction time depend on the caffeine content; on the increase of the working capacity and the sense of vigilance; on the increase of digestion and intestinal motility; the thermogenetic, ergogenic and anti-inflammatory effects; the enhancement of the pain-relieving effects through the increased bioavailability and therefore the potency at the same dose of some analgesics.


There are also many studies that highlight the positive effects of coffee in preventing stroke, type 2 diabetes and cardiovascular disease in diabetics, oral / pharyngeal cancer, liver cancer (in addition to cirrhosis), endometrial and possibly colorectal cancer.

Effects of coffee on the intestine

In many cases it is difficult to distinguish the effects of caffeine from those of other substances contained in coffee but, in general, it is possible to state that the effects of this drink on the body are manifold and involve almost all the districts and organs of the body.

It is also known to many the positive effect on intestinal peristalsis but the information regarding the role of the drink on the function of the small intestine and the colon is still insufficient even if rather homogeneous.

Coffee, regardless of the caffeine content, does not affect the motility of the small intestine but is able to stimulate the propulsive activity of the colon similar to that of a meal.

Caffeine has a thermogenetic effect in humans, raising the energy expenditure by about 100 kcal.

Such an effect, albeit to a lesser extent, also lasts during the usual consumption of coffee and this property is particularly important since, since the lifestyle of man becomes more and more sedentary and does not allow to effectively spend the energy introduced with the diet, caffeine helps dissipate energy at the expense of adipose tissue.

If to the thermogenic effect, the properties of caffeine to stimulate and improve the use of energy for physical work starting from the lipid substrates, it is clear how caffeine, at the doses taken with a moderate consumption of coffee, can contribute to the maintenance of body weight and to make the best use of the body's energy sources.


The best time to drink coffee

The best time to drink coffee? From 9.30 to 11.30 in the morning, every moment is the right one, according to neuroscience and chrono-pharmacology.

The reason is purely cerebral: between 8.00 and 9.00 in the morning, when we are greeted by the first light of day, the level of cortisol in the blood reaches a peak: it is the time when we are (or at least we should be) naturally more awake and have coffee at that now it risks having a minor effect and, indeed, becoming addictive.

Better to do it in the time slot between the 9.30 and the 11.30 when the level of this hormone drops physiologically, to prepare for the next peak (which will occur between 12.00 and 13.00).

Sipping coffee early in the morning on an empty stomach can stimulate the intestines, because coffee stimulates and increases intestinal contractions. This also means that the absorption of nutrients will be reduced due to the greater speed with which they pass into the intestine.

Coffee also reduces the absorption of iron, therefore it should be avoided after eating foods rich in this mineral, or when suffering from iron deficiency anemia and during the menstrual cycle.

Furthermore, coffee stimulates the production of gastric acids, so it is useful after a very rich meal, but on an empty stomach it can cause gastric pain, worsen reflux and gastritis.

Audio Video Coffee and health
Açai berries: the superfruit of the Amazon ❯