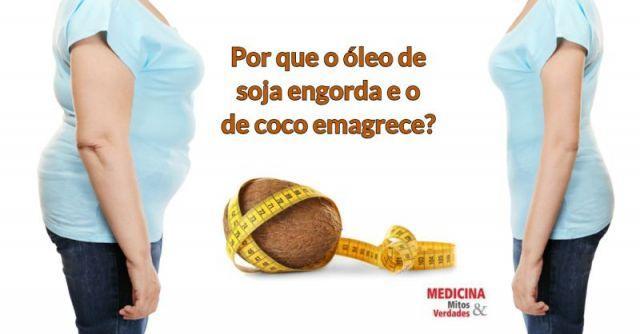 We always think about grassi as something to be demonized, instead it is worth discovering that they are not all the same and not all are "clogged arteries".

there categories of fatty acids which they have instead beneficial effects on our body.

Several of these are contained in thecoconut oil, substance with many health and cosmetic virtues ... and slimming.

So is the paradox true that coconut oil - fat - is a weight loss aid?

First the facts: analyzing the nutritional characteristics of coconut oil it is noted that 1 teaspoon of coconut oil contains about 14 grams of fat, of which 12 grams are saturated fats.

Stuff to horrify our arteries. But scientific studies on fats have shown that not all fats are bad. Indeed, the recently published PURE study would show that it is carbohydrates and not fats that create major health problems, but we will talk about that elsewhere.

The saturated fats of which coconut oil is rich is of the type MFCA or medium chain fatty acids, such as thelauric acid. It is the biochemical characteristics of these MFCAs that give coconut oil supportive properties for weight loss regimes.

> They have a particular metabolism: they are in fact sent directly to liver from the digestive tract. The liver will convert them to energy turning them into ketone bodies

> They facilitate the energy expenditure, that is, they increase calorie consumption. The scientific studies carried out confirm that taking 15-30 grams (1 to 2 tablespoons) of medium-chain fatty acids per day increases energy expenditure by 5%, or about 120 kilo calories more per day (almost like running for about 2 km!).

> They help "Dispose ofAbdominal fat. In one study, 40 women, divided into two groups, took 30 grams (2 tablespoons) of coconut oil or soybean oil daily for 28 days. The diet for both groups was low in calories and included a daily walk. Both groups lost almost the same weight, but only the group that consumed coconut oil had reduced their waistline, also in the group that used coconut oil the level of good cholesterol (HDL) had increased, while in the Another case was the reduction of HDL and the increase of LDL.

> They reduce appetite, increasing the sense of satiety. Many studies done on medium-chain fatty acids show that, compared to the same amount of calories from other fats, they increase the sense of fullness and satiety. This effect could be linked to metabolism: in fact, ketones, which the liver produces when you eat coconut oil, can have an appetite-reducing effect.


Coconut oil, a weight loss aid: how to do it

We have seen why coconut oil can really be a help to lose weight and improve health. Obviously it is not the "solution to all evils" and it does not work miracles but it must be used within a balanced and personalized meal plan on specific needs.

We always pay great attention to the quantities: scientific studies have been carried out with the consumption of one - two tablespoons of coconut oil per day.

We see some idea to include coconut oil in our diet:

> Instead of sugar in the coffee: if you like the combination of taste, try to replace the sugar with a teaspoon of coconut oil in your coffee from tomorrow

> A breakfast or for a small snack: try mixing a tablespoon of oatmeal with coconut oil before adding it to yogurt, or spread a teaspoon of coconut oil on a seed cake

Use it for flavor curry, add it to Risotto… Unleash your imagination in the kitchen!

Audio Video Coconut oil: a help for weight loss?
Almonds: how many per day ❯

add a comment of Coconut oil: a help for weight loss?