Circadian Rhythm | What is that? Sleep Rhythm Waking and Biological Clock

By healthiergang writer , student in Physiotherapy.

What is the Circadian Rhythm?

It is as if the human body had developed a sort of biological clock on the basis of which it secretes certain hormones and other substances capable of influencing both our physical abilities and our sensations. The circadian rhythm is not the only "biological clock" that has been highlighted. There are other rhythms whose period is one week, monthly or even yearly.

The circadian clock is a complex endogenous system regulated by multiple factors and based on external stimuli. For example, the sleep-wake rhythm is regulated based on the light and temperature of the environment (as well as other factors).

It has been verified that in the absence of external stimuli these rhythms are maintained but tend to settle over different periods.

For example, the sleep-wake rhythm expands up to a period of 36 hours while the one that regulates the temperature tends to settle at 25 hours. The circadian rhythm is not a prerogative of the human being but it is something that also characterizes other animals and even plants. 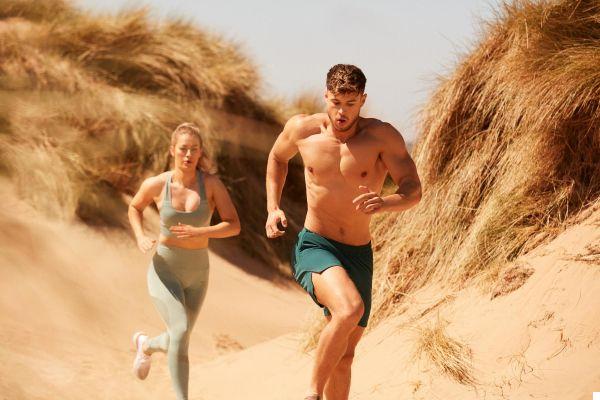 Where did it come from?

There are numerous hypotheses that attempt to explain where the establishment of this internal clock originated from. Some hypotheses hold that this rhythm developed to protect the delicate DNA replication processes from ultraviolet radiation.

In fact, UV rays represent risk factors capable of causing mutations and therefore errors in DNA replication with consequent anomalies in the transcription and translation of RNA. These processes are at the basis of the synthesis of the biological compounds that eukaryotic cells need.


Consequently, it is as if the cells have implemented some sort of self-defense mechanism that concentrates these important biological processes in periods of absence of light. Experiments were also conducted on prokaryotic cells but these produced results that suggest an independent origin of these rhythms between the two different cell types.

The sleep-wake rhythm is a fundamental component of the life of any animal. This is mostly regulated by light stimuli. This process controls the production of certain hormones and neurotransmitters that directly regulate brain activity. The system underlying the regulation of this rhythm is finely controlled in mammals by a group of cells located in a region of the hypothalamus.

This group of neurons in turn receives information from the retina. This part of the eye can be considered as an everted telencephalon (a part of the brain facing outwards) and is able to interact directly with the hypothalamus via some photosensitive cells.

These cells are in fact contained in the retina and contain a pigment, called melanopsin, capable of reacting in the presence of light stimuli. The retina therefore sends information to the suprachiasmatic nucleus which sends it to the epiphysis (pineal gland) which secretes melatonin. Some studies have shown that by removing this group of neurons, the sleep-wake rhythm is not present.

It was initially said that the circadian rhythm is capable of influencing the condition of the body and also its performance. More precisely, in the human being, the following conditions were highlighted at the following hours:

Audio Video Circadian Rhythm | What is that? Sleep Rhythm Waking and Biological Clock
Back to the gym | The answers from our experts ❯

add a comment of Circadian Rhythm | What is that? Sleep Rhythm Waking and Biological Clock