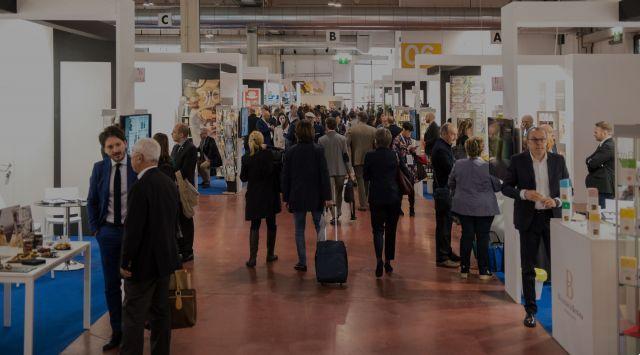 After a year and a half folded by the pandemic, the desire to leave is felt in the aria. It can be seen in the eyes of people who have returned to sociability, and can also be read in the economic indicators that have returned to positive after a deep recession.

Il settore fieristico del paese has decided to leave Parma, the heart of our local food valley, with the twentieth edition of Cibus, the international agri-food exhibition. An event that was originally supposed to take place in May 2021 but has been postponed several times by virtue of the evolution of the health emergency, until it finds its final location from 31 August to 3 September 2021.

A bet which at first might have seemed risky but, according to the numbers, it has hit the mark. Despite the restrictions in place to prevent the spread of the virus, in fact, over 2 thousand exhibitors gathered in Parma, presenting about 500 new products and animating meetings, debates and competitions. 40 thousand visitors, of which 2 thousand from abroad. The next edition has already been confirmed, scheduled for May 4, 2022.


Agri-food, sustainability at the center

We cannot speak of agri-food without questioning the sustainability. A theme that, between promises and concrete facts, is now firmly at the center of companies' strategies and their communication campaigns.

In this sense, a huge opportunity comes from the massive post-Covid relaunch packages. The National recovery and resilience plan (Pnrr) launched by Mario Draghi's government, it allocates almost 60 billion euros for the green revolution and ecological transition, of which 2,8 billion are dedicated to sustainable agriculture and the circular economy.

even the European Green Deal it is very closely related to the agri-food chain, especially through the strategy Farm to fork (from producer to consumer) launched last May. Its main goals for 2030:

Complex and courageous goals, objectives that cannot simply be dictated from above by the institutions. It is essential that they are welcomed by companies and consumers who are aware, willing to change to ensure a sustainable future for the food system as a whole.