Chronic Self-Sacrifice: Are You Giving Too Much? 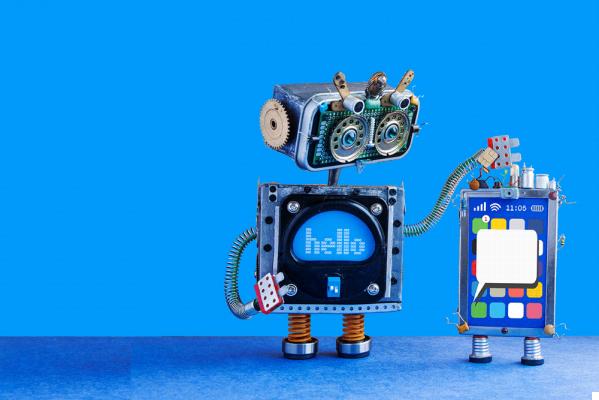 "Personal beliefs will never be sacrificed for the opinions or desires of others," wrote the philosopher Ayn Rand, and in this sentence she summarized all her thinking. Its message, diametrically opposed to that transmitted to us by society, questions the overestimation of self-denial and altruism as absolute values. It warns us of the danger of falling into a process of chronic self-sacrifice in which we will end up losing ourselves, for a person or a cause, who often do not recognize the dimension of this sacrifice.

A sacrifice implies, on the one hand, a conflict of values ​​and, on the other, a renunciation. We are faced with a situation that requires a sacrifice when we cannot achieve both and are forced to give up on one of them. Self-sacrifice goes further because it involves giving up a part of us.

Self-sacrifice, in Psychology, is the abandonment of personal interests to preserve the well-being of the other. It involves the denial of the satisfaction of certain personal needs, goals and pleasures to protect another person's interests and / or satisfy his or her needs. Therefore, it is a renunciation of an important and precious part of us, of our identity and dignity.

Self-sacrifice ends up being an extreme form of altruism. And even if socially it is seen positively, it is often not the best solution for those who sacrifice themselves.


However, when one falls into chronic self-sacrifice, when it is not a specific event, but the person makes giving up his lifestyle, he runs the risk of getting lost. We cannot forget that at the basis of self-sacrifice there is the devaluation of the ego, a change in the hierarchy of values ​​takes place so the person who sacrifices himself is no longer a priority for himself.

The exaltation of self-sacrifice can cause these people to sacrifice themselves when they shouldn't. In reality, we should not assume that what matters most to us is what matters most of all. When there is a distortion in the process of forming our values, we must be wary of the values ​​we promulgate. Women educated according to coercive gender norms, for example, according to which to be good people they should show total self-denial and be willing to sacrifice themselves for others, may not appreciate themselves enough, condemning themselves to a situation of permanent dissatisfaction.

In these cases, reference can be made to a pathological altruism because we end up erasing the ego, which is always relegated to the background. The person does not appreciate himself and, therefore, does not prioritize himself. Therefore, his needs always remain unsatisfied, at the mercy of others. Eventually, these people will feel bad about themselves.

“His life and his self-esteem require that man be faithful to his values, his mind and his judgment. What he is taught, however, is that the essence of morality is self-sacrifice; the sacrifice of one's mind to a higher authority and the sacrifice of personal values ​​to whoever has the right to claim them, ”wrote Ayn Rand.

This leads to "violating his rational judgment, reversing the order of his hierarchy of values, renouncing what his mind considers good, invalidating his own conscience [...] This vision creates a disastrous conflict at the innermost level of the human being, a lethal dichotomy that shatters him ”, according to the philosopher.

- You often feel guilty, especially when you prioritize your wants and needs

- The help you offer is unsustainable, so there is no time, energy and resources left for yourself

- You feel a huge emotional emptiness, which is an expression of the fact that you are not satisfying your needs for affection, love and attention.

- Your sacrifice has become an obligation, so what you previously voluntarily gave is now demanded

- Your sacrifice fosters addiction, incompetence, irresponsibility or bad character in the person you are helping

- You find yourself saying "yes" often, when you know that the most appropriate answer is "no"

- The relationship is damaged, an imbalance of power has arisen in which only you give and the other person is limited to asking and receiving

Moral ambition as an antidote

Ayn Rand believed that in order to combat this societal tendency to push ourselves towards chronic self-sacrifice we must develop moral ambition, which is nothing more than "earning the right to regard ourselves as the greatest worth".

According to the philosopher we must put into practice a rational egoism. Emphasize that selfishness is nothing more than "concern for personal interests". But this concept in itself “does not include a moral judgment; does not tell us whether the concern for what interests us is good or bad ", it is society that has always judged selfishness an anti-value, but in reality there is nothing wrong with pursuing our dreams, trying to meet our needs and ultimately be happy.

The secret is in balance. There will be times in life when we have to sacrifice ourselves for others and put their needs ahead of ours, but we have to make sure it doesn't become a habit. There are also times when we have to prioritize our needs or run the risk of reaching the end of our life without having lived it, always submitting to the wishes of others.

add a comment of Chronic Self-Sacrifice: Are You Giving Too Much?