Chicory coffee, benefits and use 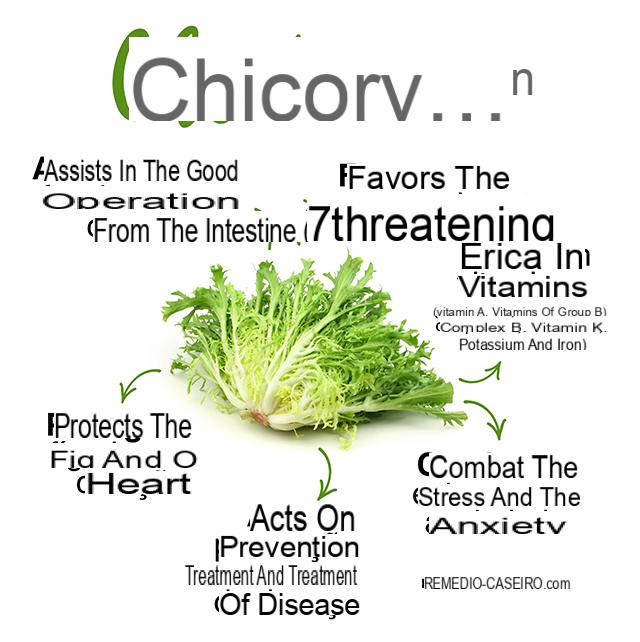 Chicory coffee it is obtained from the roots of Chicorium intybus, a plant of the Asteraceae family. Very useful for stimulate digestion, is used for its ability to regulate intestinal function. Let's find out better.

Chicory is a spontaneous plant common in many areas of the country and is known by the name of Chicorium intybus of the Asteraceae family. Known since ancient times, it is a field grass that is harvested for its own healing and food properties.

Its leaves they form a basal basket or rosette in early spring that is harvested for cooking similar to spinach. From bitter taste, chicory leaves are excellent for stuffing with savory or natural pies simply boiled in water and seasoned with salt, lemon juice and a drizzle of olive oil. The food use is typical of the peasant tradition and is one of the most common and harvested herbs for field salads.

In late spring the plant develops in height up to even more than one and a half meters. At this time a central stem is formed which bears some inflorescences of indigo blue flowers. These flowers are very easy to recognize and are used for the preparation of Cicory remedy of Bach flowers.


Once pollinated, the flowers create small fruits that are disseminated thanks to the air currents of the wind. Finally the chicory is formed by a radice a fittone very long and tapered which is the part used for the preparation of chicory coffee. Let's get to know this particular product.

Chicory coffee is a drink that has been a lot mainly used in times of low economy, during the war when coffee was unavailable and very expensive or even earlier when coffee was not imported into our country. Even the last generation of seniors and grandparents can remember the roasting scent of chicory roots and the kettle on the wood stove with which this hot drink that replaced coffee was prepared.

Over time this drink is making a comeback thanks to its pleasant taste and its beneficial effects on the body.

In el country it is possible buy it also in large retailers looking for it as “chicory coffee” and there are specially specialized establishments for the preparation of this product, particularly in Tuscany in the province of Pisa. As an indication, a bag of chicory coffee from organic farming weighing 500 grams has an average cost of 6 euros.


How to recognize and harvest wild chicory

Chicory is a stimulant for digestion and is able to regulate intestinal function. These 2 properties are essential to make it an excellent drink after meals, especially if abundant. The substances present in chicory coffee they help in the production of bile and thus facilitate the digestion of fats in particular.

In general, chicory is considered one liver friendly plant precisely because of its bitter taste that stimulates liver function and purifies the blood. The root in particular has bitter substances that are very effective and that stimulate the liver, slowing down oxidative stress and reducing any liver damage present.

In fact, there are detoxifying substances that in addition to making the liver work better, are able to regulate the functions of the intestine and kidneys. The chicory root is rich in polyphenols which are strong antioxidants that counteract free radicals with an anti-aging effect and also have a protective action on the cardiovascular system.


In the chicory root it is present inulin which is a soluble fiber with a rebalancing action of the bacterial flora intestinal and which also balances blood sugar levels. This substance is capable of nourishing the good intestinal microflora found in our intestine and thus allows us to fortify and make our intestinal flora more active, which is also an instrument of defense against any attacks of pathogenic bacteria on humans. In particular, a latest study has shown that chicory root is useful against attacks of fungal diseases and in case of salmonella.

Chicory coffee has even been tested for its effectiveness in fighting skin blemishes and reducing skin redness.
One last benefit of chicory coffee is definitely the absence of caffeine which makes it an excellent alternative to classic coffee. Chicory coffee is so one after-meal drink that helps digest and which gives many positive effects to our body. Seeing is believing!

Chicory coffee among macrobiotic coffees: discover the others

To learn more:
> Properties, benefits and recipes with chicory
> The properties of Chicory, Bach flower

Audio Video Chicory coffee, benefits and use
The effects of absinthe ❯

add a comment of Chicory coffee, benefits and use