Chest Stretching | All the Best Exercises to Do

Before going into the specificanalysis of the functionality of stretching for the great pectoral and the best positions to perform it we make a general overview of stretching in general, analyzing its usefulness and methods of execution.

We will see, then, that the pectoralis major is one of the muscle groups that goes most to benefit from this type of work which realizes a strong transfer on the performance and general adaptation of the muscle.

We all know what stretching is all about. It is usually associated with something positive and healthy, this is true.

The stretching movements are essential for musculoskeletal health, especially for tendons and joints.

If in the short term (acute effect) they lead to an increase in muscle stretching capacity; in the long run (chronic effect) allow to increase the ROM (angle of work / action) muscle permanently (unless untrained).

Streching can also be used to maximize the hypertrophic response at the muscle level as it leads to an increase in local inflammation and, therefore, to greater metabolic stress. However, we will focus on this last aspect later.

We have several types of stretching that can be used. We can generally indicate two of them (as far as this is useful for this paper).

1. Static stretching. It is a stretching methodology in which the msucolo is brought into lengthening in a slow and progressive way. In essence, we try to stretch more and more with delicate and minimal efforts, trying to “unlock” new work angles.

2. Stretching dinamico. This type of stretching involves passing from an elongation position to a relaxation position in order to lead to a progressive muscle lengthening which will however occur in different "steps" (at each subsequent stretch).

The difference between these two types of work is important. In fact, while static stretching lends itself very well to stretching and flexibility sports such as gymnastics, dynamic stretching is useful as a warm-up for power sports.

This is because in the first case we will have a greater effect of stretching and relaxation on the muscle level which, on the other hand, it will lead to a removal of the actin-myosin bridges, with a consequent decrease in muscle contraction capacity and efficiency.

In the second case, however, the latter effect is avoided by making the methodology useful in sports where muscle contraction must be maximized and fluid. We will then see how to use all this data for a well-structured program.

Let's now pass to the analysis of the pectoralis major muscle. Its functions are those of adduction and internal rotation of the humerus and flexion of the shoulder. It is a muscle that inserts itself on the lateral lip of the intertubecoral sulcus of the humerus.

As a structure it is generally not very flexible.

In fact, stretching the large pectoral tends to lead to one articularly non-physiological position and, potentially dangerous at the tendon level. Let's be clear, this does not mean that the stretching exercises for this muscle are wrong or harmful, on the contrary .. The speech is that you have to do them with your head and with a very specific purpose / objective.


We will subsequently analyze this aspect by introducing methodologies and application ideas, let's focus now on the movements to be performed.

We can indicate two different exercises to practice.

? The first involves lying down on a flat bench and holding dumbbells. The starting position is similar to stretching with dumbbells, abducted and depressed shoulder blades, dumbbells at the top, lumbar accentuated etc… We will then go down to the chest and then overcome it. 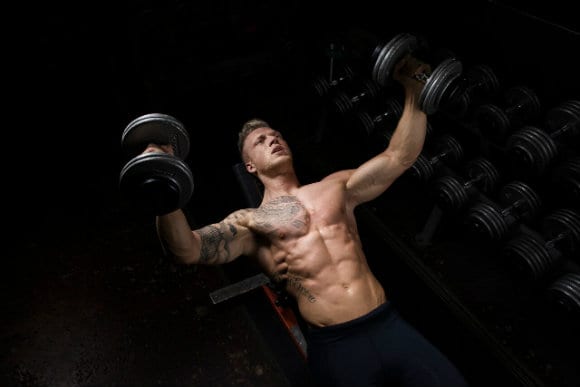 In this way the pectoralis major will be stretched beyond its physiological ROM. By increasing the lever arm (thus assuming a position similar to the crosses) we will also increase the torque and, consequently, the muscle tension. Basically to perform static stretching and gradually descend it will be enough to gradually increase the opening of the arms, thus obtaining a resultant of greater muscle strength.

? Another position involves the use of a door or a bar. You will have to place your hand on it bringing the body to the side of it, at this point move forward in order to push the arm backwards (extension of the humerus) and stretch to the level of the chest.

The disadvantage of this position is that it is one-sided, so we can only work one side at a time. The advantage is instead that, compared to handlebars, it is more modular and manageable, therefore, consequently, less dangerous. 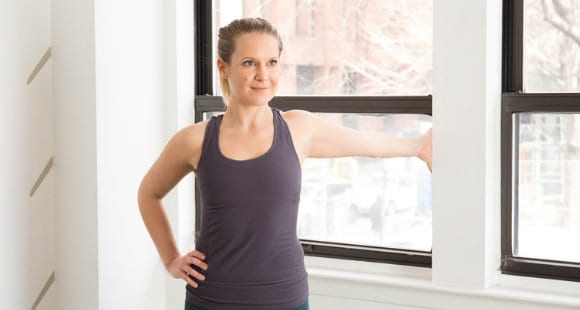 Why is it useful?

Now let's try to understand why stretching is so useful and, in particular, that for the large pectoral. We have already said it in part and some of you will have already guessed it! It is a movement that can lend itself well to different purposes, so let's analyze each one and understand what practical implications it would have.

This goal can be achieved with static stretching sessions in the first place but also dynamic. We can therefore modify the execution of the exercises by leaving a few seconds of isometry at each repetition (for example of the crosses on a flat bench). Alternatively, a cool-down with static stretching can be an excellent solution. Thanks to the increase in ROM we will have an increase in the possibility of muscle work and in the degrees of the same. This will be substantiated in the ability of the muscle to receive different stimuli and, consequently, to adapt.

A healthy muscle is a well-supplied and innervated muscle. Stretching helps in this regard. For this purpose we can use both static and dynamic stretching in the modalities seen above. This should not be underestimated as a healthy muscle is also a muscle that adapts better. Basically, the more you stretch and the more you keep the muscle active during the day (again, spraying and innervation), the more the muscle will grow and adapt to the hypertrophic stimulus and strength.

It takes shape when we are going to perform a stretching, in particular static, prolonged. This will cause a strong build-up of metabolites and inflammation on site. Basically we will exponentially increase the metabolic stress on the muscle leading, as a consequence, to a hypertrophic response. This effect is achieved very well by finishing working the muscle with an "exasperated" static stretching which is, moreover, a cue that is taken up by various training methods in the field of Bodybuilding (DoggCrapp, MDTraining etc ..)

We can therefore conclude by saying that the stretching of the large pectoral lends itself very well to different purposes and it should be included in your work plan.

The main advice I would like to give is to insert it anyway at the end of the training as the tendons will be warmer and the ability to withstand this type of work will be maximized (in parallel with the effectiveness of the same). There is not much to add .. seeing is believing!

Audio Video Chest Stretching | All the Best Exercises to Do
Stretching before or after training? ❯