Chest Exercises: Which Are The Most Effective? 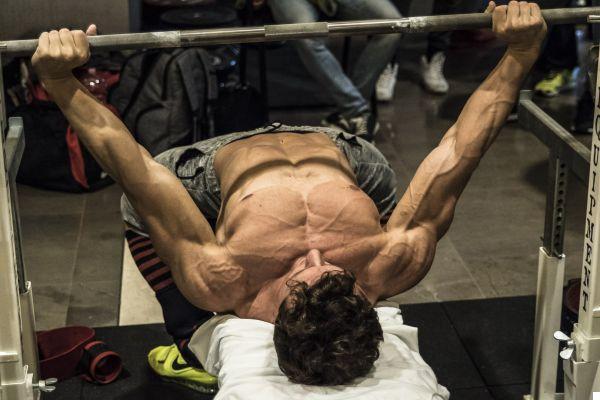 That of the pectorals is an anatomical district of great interest for all lovers of aesthetic culture. On the other hand, while for the majority of women having clearly visible pectorals is of secondary importance, for men it is a fundamental requirement.

After the width of the shoulders with respect to the pelvis, responsible for the well-known "V" shape, thickness of the pectorals, thickness of the arms, circumference of the thighs and calves are certainly the most important requirements for those who aspire to assume more masculine features.

Perhaps also for this reason, most chest exercises rely on a high expression of strength which, as we know, is - in absolute terms, but DON'T relative to body weight - higher in males than in females (adulthood).

But how much does force really affect the conformation of the pectorals? And vice versa, to what extent is the size of the pectorals capable of determining the capacity for strength? So, are all chest exercises the same? If not, why? Is it possible to stimulate the pectorals in a sectorial way, making them grow more above, in the center or below?

To learn more: 4 exercises to strengthen the upper body

Everyone knows where the pectorals are, but few know their precise anatomy and biomechanical functions. Below is a brief summary to clarify the fundamental notions.

What are the bibs and their functions


Note: there are some morphological variations affecting the pectoral. The most common are greater or lesser extension of attachment to the ribs and sternum, variable dimensions of the abdominal part or even its absence, greater or lesser extension of the separation between the central and clavicular portion, fusion of the clavicular part with the anterior deltoid and decussation of the part anterior of the sternum.

Motor functions of the pectorals

The motor functions of the pectorals are mainly dedicated to shoulder movements, more precisely: flexion (movement from top to bottom, frontally), adduction (movement from side to front) and internal rotation of the humerus (as in the arm wrestling) .

Pectoral training increases the effectiveness of the aforementioned movements and there is a good correlation between pectoral hypertrophy and expression of strength.


The maximum activation of this muscle occurs in the transverse plane through pressing / distension movements (press). Both multi-joint and single-joint exercises of "isolation" contribute to the hypertrophic growth of the pectoralis major, which however occurs in a "total" way only with the simultaneous presence of both.

The pecs can be trained with numerous angles between the humerus and the sternum, and between the humerus and the collarbone. Exercises that include horizontal adduction and elbow extensions, such as bench press with barbell or dumbbells or cables, peck deck, pectoral machine etc. induce a high activation of the sterno-costal region. To stimulate the abdominal portion it is necessary that the same movements, with greater downward inclination; similar speech should be made for the clavicular portion, which requires an upward inclination.

Basics of training for hypertrophy

Before describing the specific exercises for pectoral growth, let's briefly summarize the basic principles of training for hypertrophic muscle gain.

Mechanical stimulus to increase the section: it is mainly due to the increase in protein synthesis of the contractile units inside the fiber cells. It occurs thanks to the maximum activation of all the fibers, which should be put in the condition of "withstanding a load greater than their capacity". Put simply, eccentric maximal contractions. A similar result can be achieved by working the muscles in isometry, in the position of maximum shortening - as long as the joint is not completely closed by releasing the tension. This is the case with isometry training. Obviously, both methods provide for external help that is far from negligible, which is why they are little used. On the contrary, repeated isometric contractions at high contraction times (Time Under Tension - TUT) are preferred, with emphasis on the eccentric phase, in conc. / etc. about 1 to 2.

Chemical-hormonal stimulus: this increase in muscle size can be divided into two: due to the energy reserves, enzymes and organelles of the cytosol of the fiber cells, associated with a slight increase in vascularization; and again at the expense of the protein synthesis of the contractile unit. The increase in energy reserves, to be precise creatine phosphate and glycogen, is prompted by their continuous exhaustion (thanks to the intervention of post-prandial insulin), that of enzymes and organelles for the increase of specific metabolic activity ( in this case anaerobic alactacid and anaerobic lactacid), vascularization from the need to flow blood to the tissues, and protein synthesis from the action of the insulin-like growth factor (IGF-1). The latter is in turn stimulated by somatotropin (GH), which can increase significantly during and until immediately after exercise thanks to high concentrations of lactic acid in the blood. For this reason, it is essential that the training for hypertrophy - appropriately divided into series of repetitions - has a duration such as to exhaust the cellular stocks of phosphate groups but also a good part of glycogen (with an approximate total duration of the training of at least 45-50 ', but not too much beyond 60-75'), and above all that leads to a high production of lactic acid (with a duration of the series of about 45 '' and high intensity, possibly to failure or almost ).

Availability of nutrients for hypertrophy training

Muscle growth occurs only and exclusively in case of availability of the necessary nutrients. This statement is not to be misunderstood, however; it is not necessary to binge continuously to have what it takes for a good hypertrophy. In general, it is advisable to: check that the total protein intake is sufficient, but not exaggerated (it would be totally useless); it is particularly useful for a part to be concentrated in the immediate post-workout. Check that the portion of carbohydrates is adequate in reference to the total consumption (without these, growth does not occur); the important thing is that the glycogen reserves are full at the time of the work-out. Vitamins and minerals proportionally follow the specific metabolic activity (especially the B vitamins, they must increase as the overall energy expenditure increases and vice versa).

Note: the increase in tone, especially the initial one, cannot be considered hypertrophy and is based on the "awakening" of the satellite cells and on a modest increase in phosphates and cytosol of the fiber cells. It mostly constitutes what "should" be the basal condition of an active human being.

Basics of training for definition

Now let's go very quickly to the basics of training for the definition: they don't exist. It is undeniable that increasing calorie consumption and keeping energy intake constant can promote weight loss and cutting, but the same would happen simply by lowering calories. There are no exercises or workouts that can define more than others, but simply that can lend themselves to the purpose. If there are no great claims to maintain hypertrophic masses, high volumes of aerobic activity, multi-frequency circuit training, PHA etc. can be considered excellent solutions. It is different when looking for the definition and maintaining the hypertrophy; in this case, the training will remain unchanged or almost unchanged, and we will try to limit the total caloric intake little by little and progressively - without upsetting too much the distribution of energetic macronutrients.

Other Tips on: Training the Chest

How to start training the pectorals?

The best advice for those who are new to chest training, especially women, is not to exclude any kind of exercise, but taking care of the progression. Eg:

For further information: How to stretch the pectoral muscles

To develop the pectorals at their best, it is also possible to resort to various exercises. However, these are a multitude of variants that mainly affect the movements mentioned above: flexion, adduction and internal rotation of the humerus. Note: the latter is the least reproduced and underestimated movement, but it is of considerable importance for the growth of the most "hostile" beams.

What are the chest exercises?

To act on the pectorals there are mainly two types of movements and related exercises:

Note: Barbell presses involve the triceps and anterior deltoids more. This involvement becomes maximum when the subject who performs the exercise is kyphotic (his shoulders "fall" forward "). In this case, to increase the stimulus on the pectorals, it is necessary to adopt some precautions: raise the sternum, placing the shoulders back (i.e. further back), and use the dumbbells instead of the barbell, in this way it is possible to further elevate the sternum and stretch the chest muscles more.

These exercises must be performed from various angles, in order to stimulate all the beams that make up the pectoral with the same intensity. Here are some examples.

What are the best exercises for the central pectorals?

The central-sternal bundles and those of the abdominal portion participate in the downward and forward movement of the arm and in the inward rotation - if accompanied by adduction. Sternal fibers may also contribute to extension, but not beyond anatomical location.

The best exercises for high pectorals must have a neutral incline:

What are the best exercises for high pectorals?

The upper clavicular portion is responsible, together with the anterior deltoid, for flexion (up to the horizontal position), adduction in the transverse plane and internal rotation of the humerus.

This means that the best exercises for the high pectorals must have a positive inclination; so:

What are the best exercises for lower pectorals?

The best exercises for the high pectorals must have a negative slope; so:

The pectorals are undoubtedly among the most sought after muscles by the male sex. Their development is important in giving the body an athletic look, however it is good DON'T exaggerate.

Unfortunately, there is still widespread imbalance between the training of the favorite pectorals and that of the high back, shoulders and thighs. At best these training strategies give the body the classic "turkey" look, but at worst they can compromise posture by feeding basic paramorphisms, such as shoulders forward, even in women.

For these reasons, the same attention must be paid to training all the muscles of the body; indeed, it is good, before thinking about the aesthetic aspect, to evaluate if your postural attitude can benefit from particular corrections.

Audio Video Chest Exercises: Which Are The Most Effective?
Kegel Exercises for Men: What They Are, How To Do Them ❯

add a comment of Chest Exercises: Which Are The Most Effective?