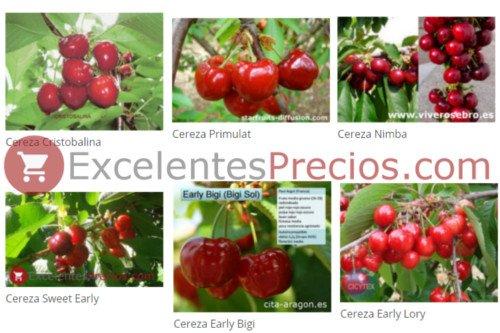 Il Cherry tree it is a tree that belongs to the Rosaceae family, the same as the peach, plum, apple, pear and apricot tree.

The cherry tree is native to Asia Minor, spread for about three thousand years in the Mediterranean area and today grown all over the world for the marketing of cherries.

Over half of the cherries on the world market are grown in Europe. Exist numerous varieties of cherries and they all originate from two species of trees.

Cherries are in fact distinguished in tenerine e duracine: tenerine are the fruits of Prunus avium L., while duracins come from the visciolo, Prunus cerasus L.

Le tender cherries they are dark red cherries with soft pulp, berries produced by Prunus avium.
Punus cerasus, on the other hand, gives light red, dark red or black fruits, with a firmer pulp and generally larger than the tenerine ones: duracine They include sour cherries, morello cherries and sour cherries.

Varieties of cherries: differences and properties

Le different varieties of cherries they are distinguished by the size of the fruit, the consistency of the pulp and the taste, which can be more or less sweet.
I various cherry cultivars they also differ in the ripening period of the fruits, which in some earlier varieties occurs in the month of May, while in other varieties the fruits are available from the end of June and throughout the month of July.


All cherries are characterized by presence of vitamins, minerals and flavonoids, which make these delicious fruits precious allies to fight aging caused by free radicals.

The main varieties of cherries

There are at least twenty variety of cherries, which in the country are grown mainly in Puglia, Campania, Lazio, Emilia Romagna and Veneto.


Le railway cherries are for example an Apulian cultivar: they are perhaps one of the best known varieties and are characterized by a bright red color and a firm and juicy pulp, these cherries ripen in May and keep longer than the others, allowing transport from the areas of cultivation to the rest of the country.

In Veneto the Marostica cherry PGI, round, sweet and with a very firm pulp.

In Emilia Romagna many varieties of cherries are grown, including the weather in Villasca and durone di Vignola, well known and appreciated, as well as the Moretta di Vignola.

The latter in turn includes several cultivars, all characterized by large dark red fruits with crunchy pulp. In Lazio the Celleno cherry, but also in this region there are many cultivars, as well as in Campania where there are many local varieties of cherries.