Il vegetable cheese it has a new taste and is obtained from potatoes. Andrew Dyhin of Australia founded the Potato Magic Company and has spent the past 12 years perfecting his artisanal vegetable cheese.

The product is called Boring (“Cheese-potato”), it is suitable for everyone, even vegetarians and vegans, because it does not contain any ingredients of animal origin. According to its creator, it is practically identical to cheese and blends with cheese but is made from potatoes, not milk. It is gluten-free and suitable for celiacs.

Obviously, the creator of Chato does not want to reveal too many details of the process used to make this vegetable cheese but ensures that in addition to the potatoes there are no additional ingredients. With years of work he managed to get a product easy to slice and dice but also to melt in the oven or in a pan.

The Australian is convinced that the basic recipe for making Chato is suitable as an alternative for cheese, dairy products and even ice cream, just work a little on it. For example, he has already tried to prepare a fantastic vegetable ice cream based on yams and coconut milk.

Read also: VEG CHEESES: 10 RECIPES TO PREPARE THEM AT HOME 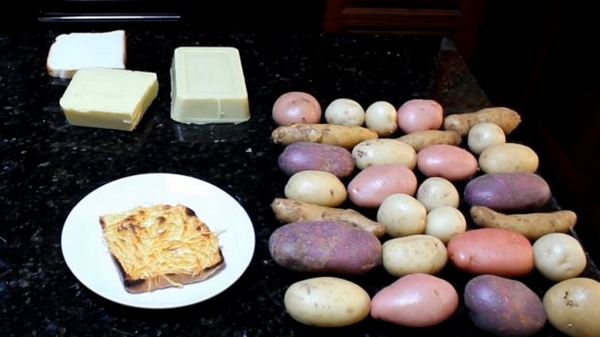 Now the inventor of Chato is looking for investors that allow this cheese to be produced and sold in Australia and beyond. In his opinion, potato-based cheese is an interesting alternative to try to reduce the production of cheeses of animal origin from intensive farming.

Read also: FROM THE TREE: GIULIA'S FERMENTED VEGETABLE 'CHEESES', MADE WITH ONLY 3 INGREDIENTS (PHOTO)

Food safety is very important and in his opinion we need to start thinking about production of foods that have a higher yield per hectare of land, just like potatoes. Sounds like a good idea, who knows if sooner or later we will find this potato-based cheese on the market. Would you like to taste it?