Charisma: what is it characterized by? 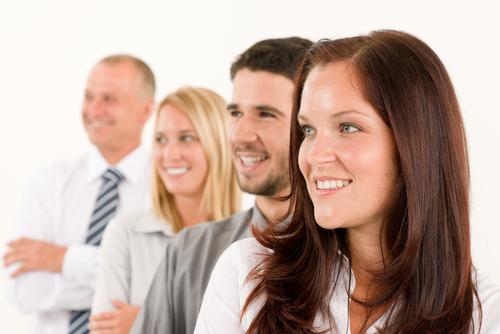 All
we can recognize the people
charismatic, but if we stop for a moment to think with what criterion it
we probably wouldn't know how to give an answer. Identify the charisma it's a little like loving: everyone is
we know how to do it but it is difficult for us to explain what it is.

In
actually personal charisma is a set of social and emotional skills particularly
complex and sophisticated. This special union makes people
charismatic can affect everyone else on a very emotional level
deep, they can communicate effectively and establish strong connections
interpersonal. Ronald
E. Riggio, professor of the Claremont
McKenna College, he spent 30 years studying the charisma and affirms
that the fundamental elements of the same are: - Emotional expressiveness: People
charismatics are able to express their feelings spontaneously e
genuine. This allows them to affect moods and emotions
of the others. In fact, we all know charismatic people who seem to “enlighten
the whole environment ”when they enter. - Emotional sensitivity: The charisma
it is related to the ability to perceive and interpret the emotions of others. This
ability allows charismatic people to connect emotionally and
respond effectively to the feelings they perceive. - Emotional control: Le
Charismatic people have the ability to control and regulate them
emotional expressions. Normally they tend not to "lose their temper" and, in
generally, they can act very well when the situation calls for it. - Social expressiveness: Si
it deals with the ability to communicate verbally and the ability to involve
others in social interaction. Charismatic people are experts
speakers, capable of entertaining. This means their expressiveness
emotional condition affects us but that we also allow ourselves to be convinced by their arguments. - Social sensitivity:
This ability allows him to perceive and interpret social situations, to be
able to listen to others, and be in tune with them. People
charismatic, they are discreet and sensitive to those around them. - Social control: Il
charisma basically centers on the ability to move smoothly and with
sympathy in different social environments. This allows them to find themselves with them
comfortable with all kinds of people.

However,
besides these characteristics, the most important skill of these people lies
in the fact that they are capable of using all the other skills mentioned in
right measure and at the right time, given that the excess in each of these
it could have the opposite effect (just think of two comedians like Robin
Williams and Jim Carrey, very nice and intelligent but certainly not
charismatic, given that their emotional expressiveness exceeds all limits
socially acceptable).

add a comment of Charisma: what is it characterized by?