Calculation of the Menstrual Cycle

From puberty to menopause, the female reproductive system undergoes a series of cyclical structural and functional changes, which are repeated every month. Such changes - directly related to the reproduction and fertility of the woman - determine the so-called period.
The latter represents an indicator of a woman's health; therefore, it is useful to understand how it works and keep it under control to recognize irregularities. Knowing how to calculate the menstrual cycle also allows you to identify which are the most fertile days when trying to have a baby or if you want to avoid pregnancy. 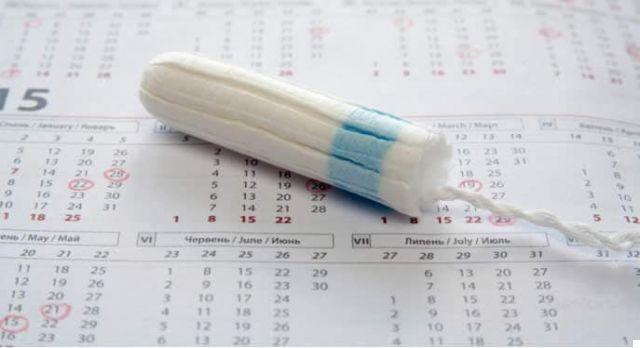 Duration and frequency of the menstrual cycle

The menstrual cycle is the time interval between one menstruation and the next.
To calculate its duration, it is necessary to consider the period from the 1st day on which menstrual flow appears (1st day of the cycle) until the day before the start of the next menstruation.
In the case of a regular 28-day cycle, ovulation (when the ovary releases the egg cell) occurs 14 days before the next menstrual flow begins.


Do all women have regular periods?

A menstrual cycle is considered physiological when it is repeated at regular intervals of 28 days. However, a menstrual frequency of 25 to 36 days and some individual variability (the duration of the cycle can change from month to month) is to be considered normal.
In any case, to be considered regular, between one menstruation and the next there must not be a "gap" of more than 4 days (more or less).
Any changes in the duration of the menstrual cycle are more likely to depend on the length of the period preceding ovulation (follicular phase). This first phase of the cycle, although presenting an average duration of about 14 days, can in fact undergo fluctuations, ranging from 1 to 3 weeks.

For most women, however, the luteal phase (period from ovulation to the beginning of menstruation) is more constant and takes 12 to 16 days (average duration: 14 days).
The regularity of the menstrual cycle is linked to a precise hormonal control of the phenomenon, in which the hypothalamus, pituitary and ovaries participate. The largest changes in cycle length occur in the first few years after menarche and premenopause.


Why do women have periods?

During the menstrual cycle, a series of processes take place, the purpose of which is the maturation of an egg cell and the preparation of a suitable tissue for its implantation. In other words, these events prepare the ground for eventual pregnancy, should fertilization by a sperm of male origin occur.
All these processes are associated with the periodic and regular secretion of ovarian, hypothalamic and pituitary hormones, directly related to fertility.

Therefore, various structures of the organism contribute to the maintenance of the menstrual cycle (central nervous system, hypothalamus, pituitary and ovaries).

What happens during the menstrual cycle

The menstrual cycle is an event that occurs during a woman's reproductive life, from puberty to menopause.

The beginning of each cycle is represented by the first day on which menstrual flow appears, that is, a loss of blood and tissue from the surface of the uterine wall (endometrium). This event allows the uterus to shed the lining built up during the previous cycle.

During the first part of the menstrual cycle, the pituitary gland initiates the secretion of follicle-stimulating hormone (FSH), which stimulates the maturation of a "dominant" egg cell.
At the same time, there is a progressive increase in the levels of estradiol (produced by the ovary) in the blood. This causes a progressive thickening of the endometrium, which thus prepares to receive the mature egg cell if it is fertilized.

Around the 14th day of the cycle, a sharp increase in luteinizing hormone (LH) causes the ovarian follicle to rupture, with the consequent expulsion of the mature oocyte inside the fallopian tube (ovulation).

During the 24 hours following this event, the egg cell is available for the eventual encounter with the spermatozoa. The release of the oocyte is therefore a fundamental prerequisite for conception.

Immediately after ovulation, what remains of the "burst" follicle is transformed into the corpus luteum, which produces progesterone, a hormone necessary for the early stages of a possible pregnancy, which further thickens the endometrium.

In each menstrual cycle, the most favorable time for conception coincides with ovulation and the days around this event.
Typically, if the woman has regular cycles, this process occurs approximately every 28 days. After the onset of menstruation, in fact, an oocyte (one for each menstrual cycle) takes on average 14 days to mature and, under the hormonal stimulus, to escape from the follicle that contains it to enter the tube. From here, the egg cell begins its journey to the uterus where it nestles if, on its way, it is fertilized by a sperm.
Indicatively, the period in which it is possible for the egg to be fertilized starts 4-5 days before ovulation and ends 1-2 days after. This is possible in consideration of the fact that the mature egg cell can survive about 24 hours when it is expelled from the ovary, while the spermatozoa can remain viable in the female genital system up to 72-96 hours after intercourse.

Changes in the menstrual cycle

Menstrual irregularities can have many different causes, including:

In case of alteration or interruption of the menstrual cycle (previously regular), it is advisable to consult a doctor.

* note: if the intermenstrual blood loss is minor, this is called spotting.

Monitoring your menstrual cycles can help you understand what is normal, which days are most fertile, and how to identify important irregularities that can sometimes signal health problems.
For this purpose, you can use a calendar.
Making a monthly note of the onset of menstruation helps pinpoint the approximate start of the next menstrual flow. This allows you to be prepared for the onset of blood loss and to understand which days are the most fertile, i.e. when conception is most likely.
In practice, from the 1st day on which the flow appears, as many days as the average duration of one's cycle must be counted (e.g. 28 days), so in the calendar the day on which menstruation is expected to start should be marked with a pencil next one.
For the compilation of an even more detailed calendar, it is also possible to write down all the symptoms that occur during the entire menstrual cycle, such as breast tenderness, cramps, headaches, back pain, mood swings, sleep disturbances, tiredness, bloating or upset stomach.

add a comment of Calculation of the Menstrual Cycle