Buckwheat seeds: benefits and use 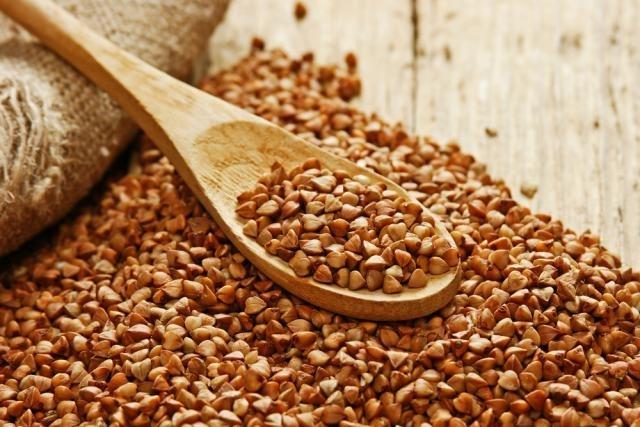 Probably originating in the Persia and a vast triangle around Lake Baikal, the buckwheat, also called "black grain"for the color of the stem of the plant and the seeds, it is one pseudo cereal which belongs to the family of the Polygonaceae, such as sorrel and rhubarb, not of the Graminaceae, such as the main cereals.

Today it is abundantly cultivated in Germany, Scandinavia, Russia and in Brittany, where it is widely consumed to prepare characteristics crackers, kind of cheese crepes, soups and an excellent polenta.

La Saracen polenta it is also typical of some areas of Treviso and Valtellina, where the same grain is cultivated to make the famous pizzocheri and the more famous taragna polenta. Buckwheat, not containing gluten, is a grain ideal for celiacs.

Known since Roman times, buckwheat (so called because it was marketed by the Turks), was used asand basic ingredient for a polenta which is seasoned with sheep's cheese, asparagus and wild artichokes, onions and almonds.

Fallen into disuse for years, lately its remarkable properties are being rediscovered, also and above all to enrich diets such as those provided by the vegan and vegetarian diet.


With a composition similar to that of cereals, buckwheat seeds are much more rich in lysine, an essential amino acid; 100 grams of product contain almost 12 grams of protein, very little fat and many minerals, including potassium, calcium, chlorine, iron and phosphorus. The vitamins that we find there are PP, B1 and B2.

Formally it is located halfway between cereals and legumes, therefore it is a more than noble and respectable food, perfect for preparing various and excellent recipes, from salads to gnocchi.

Ideal in the winter season, the buckwheat seeds e the flour made from it they warm, tone and strengthen the body. They are good for everyone, especially children and the elderly and particularly debilitated subjects or those suffering from arthritis, poor circulation, digestive disorders.

It is also important the level of lecithin contained in buckwheat, a very useful substance in the balance of fats in the blood.

Discover the other gluten-free cereals

First of all, it must be said that buckwheat can very well be substituted for recipes based on pasta, spelled, rice, barley or other cereals.

So here is the basic procedure for making boiled buckwheat, with which you can then indulge yourself: make salads, sauté it with vegetables, make vegetarian meatballs.

Soaking for buckwheat is optional, you can leave it in cold water for six hours at the most. If you don't use soaking, you can toast.

Ingredients for a couple of people:
> a cup of buckwheat,
> half a liter of water,
> a nice pinch of salt.

Method: put the salted water to boil, then put the well rinsed wheat in it and cook for about fifteen / twenty minutes, let it rest for five minutes before draining and season with extra virgin olive oil and vegetables to taste.

To accentuate the slightly nutty flavor, there are those who also lightly toss them in a couple of tablespoons of oil before boiling them.

Method: use the metal basket or, if you have one, the steamer; put the buckwheat and the potatoes cut into small cubes. Steam for about half an hour, serve and season with chopped fresh rosemary, salt, pepper and extra virgin olive oil.

It can be served both as an accompaniment to a nice salad, as a side dish to dishes based on tofu, seitan, eggs or with a nice zucchini cream next to it.

Buckwheat among the yang elements

> Buckwheat: the 5 reasons to eat it

add a comment of Buckwheat seeds: benefits and use