Breathing with the diaphragm: a technique for controlling anxiety 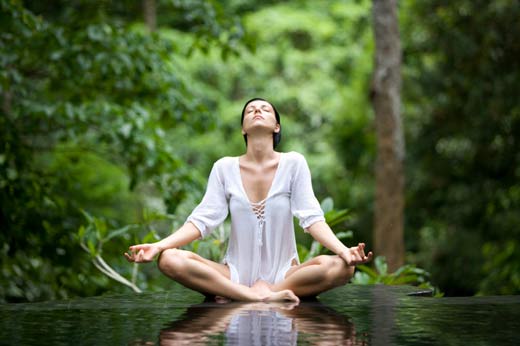 Il hectic pace of life, the stress, clothing that is too tight, haste, lack of knowledge about the functioning of the body, lack of physical exercise ... these are all factors that are intertwined and affect our breathing causing it to be characterized by an accelerated rhythm and low intensity ; in short, a shallow breathing. We should learn to practice diaphragmatic breathing.

We typically use only a limited portion of our lung capacity; often only the upper part, a breathing especially thoracic in which the intervention of the diaphragm is not relevant. This type of breathing does not allow to obtain adequate oxygenation, such as that obtained with more complete breathing.When we breathe inadequately our tissues get less oxygen, cardiac work increases and more generally increases the level of intoxication of the body and this facilitates the appearance of anxiety and chronic fatigue. In this regard, diaphragmatic breathing has long been used to control anxiety diaphragmatic breathing we will have to assume a comfortable posture, lying on the bed or sitting in an armchair, with our eyes closed in a specific place and time in which no stimuli that could distract us intervene.
First exerciseThe goal of this exercise is to direct the air to the lower part of the lungs. For this purpose, we can put one hand on the belly and one on the chest, in this way we will better perceive the effects every time we inhale and exhale. Then we will have to inhale through the nose and make sure to let it go down to the lower part of the lungs. The hand on the belly should move as instead of opening the rib cage we will try to lower the diaphragm to make room for the air.This is probably the most difficult part of the exercise, for this reason it is recommended to repeat it as many times as necessary until to completely master the technique.
Second exerciseFrom the moment we will be able to direct the air to the lower part of the lungs, the second goal is to learn to direct it to the lower-middle part. that the hand on the chest does not move; the difference is that now, with the same inhalation, the air will be directed to the lower middle part noting the swelling of the stomach.
Third exerciseAt this point it is time to take a full inhalation. At first the air is directed to the lower part (exercise 1), then to the middle part (exercise 2), and finally to the chest; all with the same inhalation.Once these exercises have been performed correctly, the complete inhalation cycle can be managed.
Fourth exerciseOn this occasion the goal is to combine the inhalation with a correct exhalation. After having performed the inhalation in three stages, we will release the air from the mouth, with the lips slightly closed and making a light sound.The duration of the exhalation can be double the time of the inhalation (if you can count up to 10 and beyond during exhalation will be better). It may seem a little complicated at first, but the results will be worth it in the end. Below I show you an image that can help you understand the process of diaphragmatic breathing: 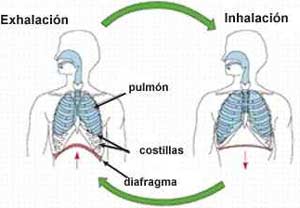 Finally, I stress that for this technique to be effective in fighting anxiety, it must be repeated at least twice a day for ten minutes. The reduction of anxiety will begin to be noticed once you reach a certain level of automatism in breathing, since it is the only way to relax on a mental level.Once it has been practiced for a certain period, it can also be achieved by standing standing or walking. This increases the effectiveness of the technique which can also help to control tantrums.

Affective responsibility, it is neither your fault nor mine but we are both responsible ❯

add a comment of Breathing with the diaphragm: a technique for controlling anxiety